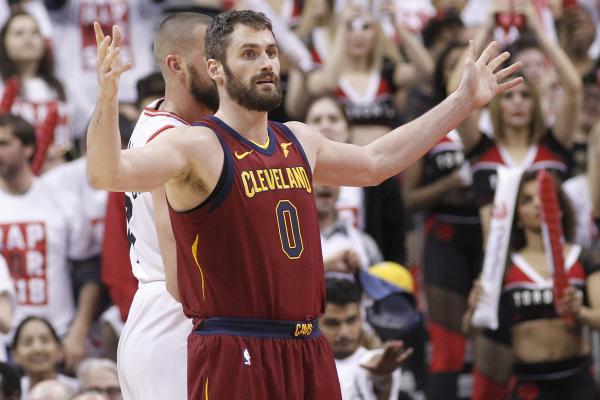 The NBA announced that Cleveland Cavaliers center Kevin Love has been assessed a Flagrant-1 foul for his elbow to the chin of Toronto Raptors DeMar DeRozan in Game 1 of the Eastern Conference semifinals.

The NBA announces that Kevin Love’s elbow to DeMar DeRozan’s face with about a minute to go in last night’s 4th quarter has been upgraded to a Flagrant 1.

During the last few minutes of the fourth quarter, Love came down with a huge rebound, only to be mauled by several Raptors players, which caused Love to swing his elbows to keep his defenders away. While the referees failed to call a single foul on any of the Raptors, they did call a offensive foul on Love for connecting with DeRozan.

The referees decided not to review the play and Raptors guard Kyle Lowry missed a jumper on the Raptors’ subsequent offensive possession after the foul call.