Report: Tyronn Lue Threatening to Bench Players Who Don’t Play With Pace or Talk on Defense 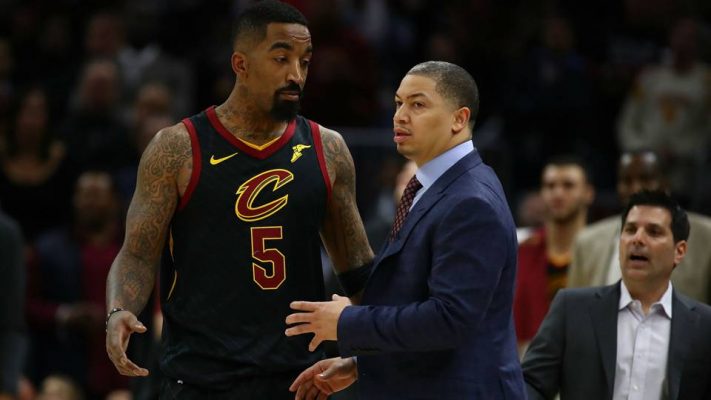 After starting the 2018-19 NBA season with three straight losses, Cleveland Cavaliers head coach Tyronn Lue is serving notice to his players that their playing time is at stake. On Tuesday, he specifically cited the issues of pace and defense in key aspects that he’ll be watching.

#Cavs coach Tyronn Lue recently vowed to sit those who don't play with pace. Today he said he'll do the same with players who don't talk on defense.

The Cavaliers have largely played at a good pace during their opening quarters, but then have fallen apart in the second periods. In their three games thus far, the Cavs have been outscored during the second quarter by an average of 13 points.

On defense, the Cavaliers have allowed more than 130 points in each of the last two games. Against Minnesota, they allowed 71 points during the first half, while against winless Atlanta on Sunday, the Cavs allowed 40 points or more in two separate quarters.

Some early bumps were expected, given that the Cavaliers are currently in a rebuilding phase. However, the team entered the season looking to challenge for a playoff berth and currently don’t resemble anything like a contending squad.

Lue and the Cavaliers will have their first chance to take on this new approach when they host the Brooklyn Nets at Quicken Loans Arena on Wednesday night. Tipoff will be just after 7 p.m. ET.