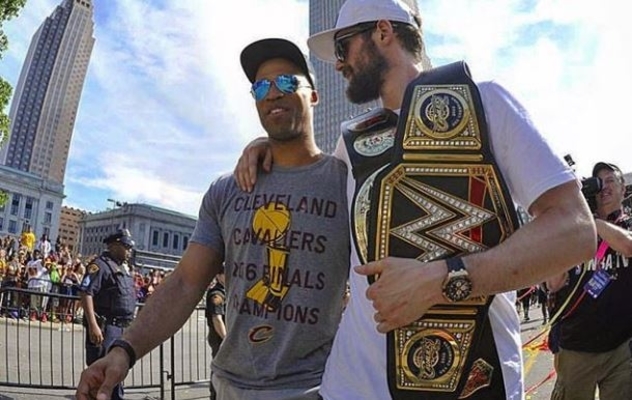 While Jefferson was known as a dangerous offensive weapon on the court earlier in his career, he later became known for his fantastic sense of humor and charisma off the court.

On Sunday, Cavs big man Kevin Love sent Jefferson his congratulations on a storied and long-lived career in a similarly hilarious fashion. Love mimicked Jefferson’s sense of humor when he let fellow former Cavs forward Channing Frye know that the clock is now ticking on his career in the post’s caption.

RJ. 17 Seasons. Hell of a career my brother. ? Now the clocks ticking on @channingfrye ??? ??? #channingdontgetmadimjustkiddingyou7ftbabyb***tch

Jefferson only spent two seasons with the Cavs, but he was lucky enough to be on the roster when LeBron James and company brought an NBA championship to Cleveland.

While he did not contribute so much on the court during his years in Cleveland, averaging just 5.6 points and 2.1 rebounds per game, he was seemingly unanimously loved within the locker room and quickly became known as a crucial source of veteran leadership. Because of that, he will always be a fan favorite throughout Northeast Ohio.

Jefferson’s career in the NBA may be over, but there is little doubt that he will find success elsewhere in life thanks to his character and personality. In fact, it wouldn’t be much of a surprise if he were in the booth calling NBA games sometime soon.