Video: A Detailed Explanation on Why Kyrie Irving Truly Wants Out of Cleveland 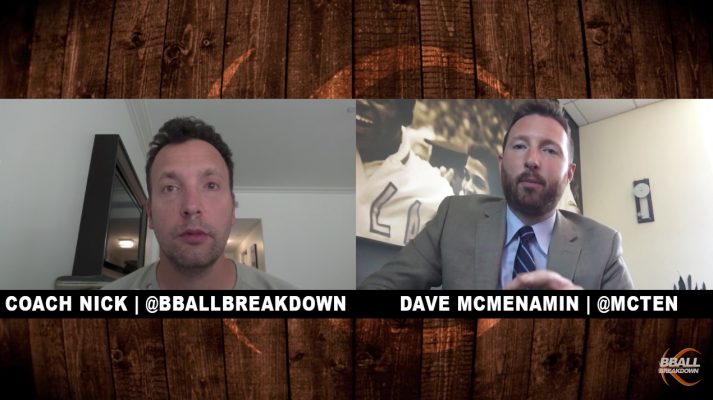 With so much news surrounding Kyrie Irving‘s dramatic trade request, it’s hard to separate rumor from fact. While countless insiders have expressed their own takes on the issue, Irving himself has kept quiet on the true cause behind his desire to no longer play for the Cleveland Cavaliers. As time goes on, however, reports continue to give us a better picture of the situation.

According to ESPN’s Dave McMenamin, who joined the BBallBreakdown podcast on Friday, Irving has been holding a grudge against LeBron James and the Cavaliers for quite some time.

“I think the root of it goes back to the summer of the 2014 when he was offered a max contract extension and in that meeting, LeBron James’ name didn’t come up,” McMenamin said. “And he was sold on a vision of being the leader of the Cavs’ franchise and playing a style of ball reminiscent of Steve Nash and the Phoenix Suns and everything being filtered around him as the center piece. And Kyrie believed that that would be his future, the next five years of his career as he went from burgeoning All-Star and starting to make his mark on the league that he would do so with players around him made to fit his game.

“Of course, 11 days later LeBron James comes out with the ‘I’m Coming Home’ letter with Lee Jenkins and Sports Illustrated and everything changes. The roster becomes centered around LeBron James, rightfully so most would say. And Kyrie did really well in those three years, while playing in an accelerated growth process rather than kind of get to go through his bumps and bruises and take his licks as the face of the franchise, he was cast into a secondary role.

“But it wasn’t a normal secondary role it was a secondary role where he was expected to be able to compete for championships when he hadn’t even played in a playoff series. And so that kind of chafed at him but he did his best to still work with it, but when you get through these three years, there was some sense of finality because David Griffin is leaving the franchise this summer. That was the guy that had been instrumental in keeping Kyrie Irving within the team’s structure the last couple of years. And when that’s gone, and then you look at the future, the summer of 2018 we all know LeBron James can opt out and become a free agent, it’s a sense of, ‘I’m going to make sure that my fate is not tied to you anymore. And I will make this request now rather than  have to deal with the potential fallout of a post-LeBron era in 2018 for the Cavs organization.'”

McMenamin added that despite reports, Irving is not interested in becoming the face of franchise over all else.

“I have talked to people close to Kyrie, I guess you could say in Kyrie’s camp, and they buck against that perception that he is trying to be the man,” he explained. “Their framing of the situation is that he wants to be in a different basketball situation that does not involve another man who is so all-encompassing. The LeBron machine is something that is unlike any other team has in the NBA.”

He went on to say that it’s not that Irving doesn’t want to play with great players, but has grown tired by the challenges and expectations that come with playing alongside an all-time great like James.

Much of McMenamin’s insight into the Irving drama is more of what has already been reported regarding Irving’s relationship with both James and the Cavaliers. Still, it does seem to paint a much different picture than the common theme of an immature, selfish player, and forces fans to wonder if Irving is simply trying to do whats best for himself, not only as a player in the NBA, but as a human being as well.