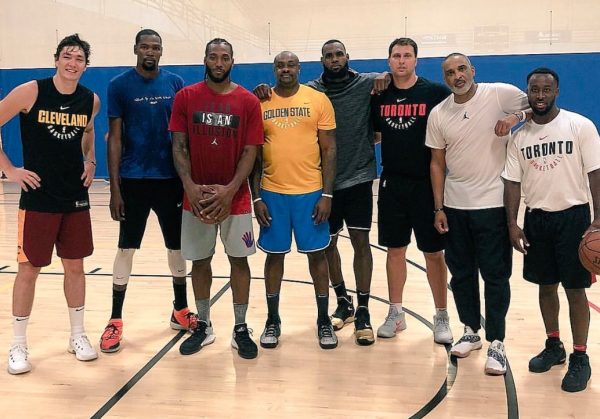 Turkish forward Cedi Osman of the Cleveland Cavaliers was spotted on Tuesday afternoon working out with some of the biggest names in the NBA. The 23-year-old was with fellow players LeBron James, Kevin Durant, and Kawhi Leonard.

Osman took to social media to post an inspiring message following the workout.

The powerful message relates to the young star as Osman is barely entering his second year in the NBA but is working out with some of the best players the league has to offer. Osman got to this day because he never stopped dreaming!

In his rookie season, Osman showed flashes of his basketball intelligence as he made James break out into a dance midway through a game back in March. Osman played a total of 61 games last season, starting in 12 of them. He averaged a total of 3.9 points and 2.0 rebounds per game.

With James now a member of the Los Angeles Lakers, expect Osman’s minutes to increase this upcoming season.

Alex is an avid sports writer and has been dabbling in college and pro sports for almost a decade. With his extensive knowledge and experience, his work has been seen across USA Today, Yahoo! Sports and much more. If he’s not playing sports, you’re likely to find him writing about them.