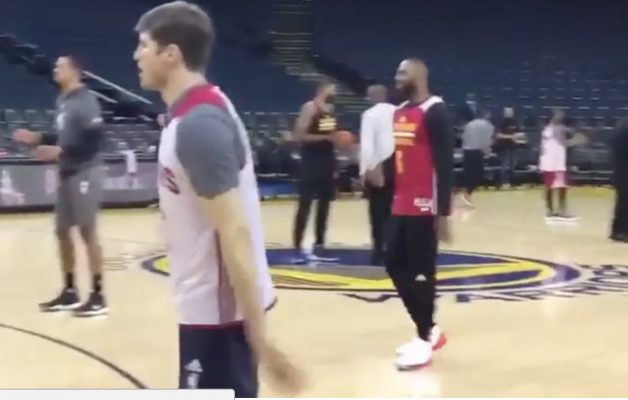 It’s safe to say Cleveland Cavaliers superstar forward LeBron James sure is, as seen in a video posted to Instagram on Wednesday during Cavs shootaround.

“Hello, NBA Finals, I missed you,” James said while warming up at Oracle Arena, as he gets ready for his seventh consecutive trip to basketball’s biggest stage.

"Hello #NBAFinals, I missed you!" – @kingjames

The Cavs and the Golden State Warriors are now less than 24 hours away from tipoff of Game 1 of the NBA Finals, and the wait for countless basketball fans continues to build up excitement and anxiety.

Game 1 tips off shortly after 9 p.m. ET on Thursday night and will be broadcast nationally on ABC.