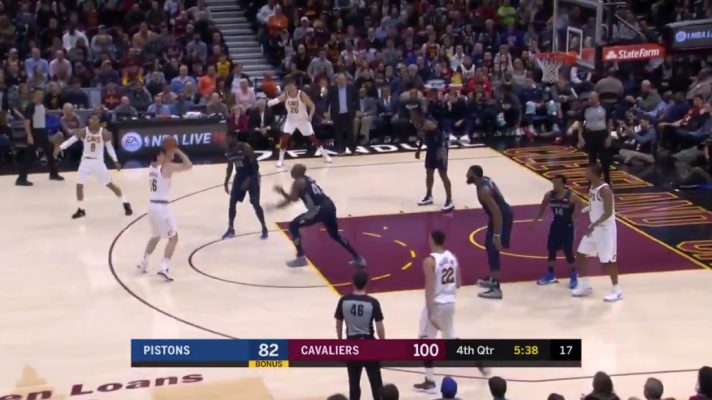 The Cleveland Cavaliers have a lot of reason to celebrate after securing a much-needed victory against the Detroit Pistons on Monday night. Earlier in the game, Cavs forward Cedi Osman claimed a personal victory in the form of an impressive career highlight and a sign of approval from none other than LeBron James.

Midway through the fourth quarter, Osman crossed up a Pistons defender before draining a step-back jumper. The move not only got him cheers from the crowd, but a nifty dance move from James who happened to be enjoying the game from the bench.

Cedi Osman with the cross
LeBron with the dance moves😂 pic.twitter.com/wglSqSvmhj

Osman played well in Monday night’s game, finishing the contest with 12 points, six rebounds, and two assists in just 23 minutes of play. As for James, his stat line was a reason to celebrate as well as he finished the night with 31 points, seven rebounds, and seven assists.

After losing two straight games, the Cavs will look to string together a second win in their next matchup on Wednesday night. If Osman can keep making plays like this, and the Cavs can keep winning games by large margins, James is sure to show us even more dance moves in his repertoire.