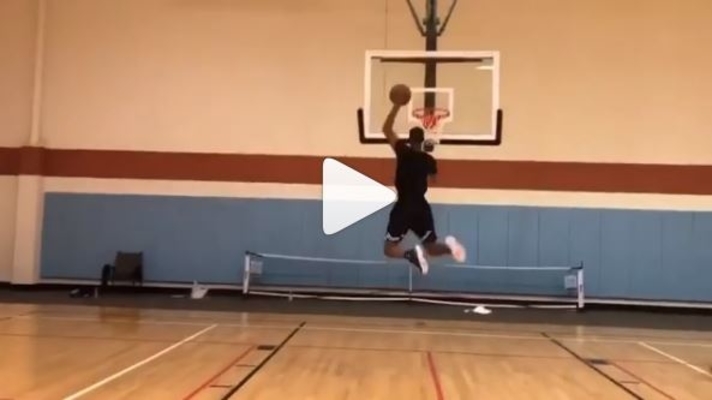 Although restricted free agent Rodney Hood hasn’t officially agreed on a deal to return to the Cleveland Cavaliers, the guard is still being active in the gym and improving his basketball game.

In this workout video below, you can see Hood working on an array of activities that show off some All-Star potential:

Great session with my guy. @hoodie5 preparing for this upcoming season! #Nba Appreciate you @_jeremyrogers_ ?

Hood, 25, was shipped to Cleveland in a Feb. 8 trade that sent former Cavs Derrick Rose and Jae Crowder to the Utah Jazz. Only getting to play in 21 games with the Cavs, the 6-foot-8 shooting guard put up just 10.8 points in 25.3 minutes a game. However, before he was dealt to Ohio, Hood was averaging a career-high 16.2 points on 42.4 percent shooting in Utah.

Although Hood’s statistics were unimpressive in Cleveland, there are some fair excuses as to why he struggled to find a groove. The guard had to quickly adjust to a completely new team that was in full-contention mode. Furthermore, Hood was overshadowed by superstar LeBron James, who played every game of the regular season. With the four-time MVP dominating games with the ball in his hand, it was hard for the Duke University product to find his place off the bench.

Still, the Cavaliers want the swingman back in Cleveland. The team has reportedly extended Hood a qualifying offer worth $3.4 million, though they are interested in signing him to a three-year deal. Despite the notion that both parties want to make something work, talks have stalled because Hood reportedly only wants a short-term deal.

The two sides need to figure things out soon as training camp begins in September.