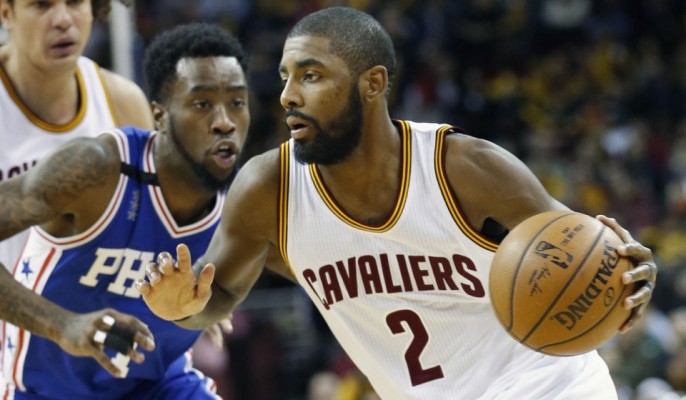 Kyrie Irving may be back, but it doesn’t mean that the Cleveland Cavaliers aren’t being cautious with their approach.

According to the point guard himself, Irving will play in Monday’s game versus the Phoenix Suns, but sit out Tuesday’s contest versus the Denver Nuggets. He stated that it’s hopefully the last time he’ll have to sit out a back-to-back:

“I’m playing tonight. I’m going to do the same thing getting ready for the game mentally and physically and then sit out in Denver again. So that will be the last time I sit out in back-to-backs and the last two games, hopefully, I’ll miss for the rest of the season.”

Irving has played in three games since returning from a serious knee injury initially suffered during the 2015 NBA Finals this past June. The 23-year-old point guard returned on December 20th versus the Philadelphia 76ers and has looked a bit “rusty” due to the layoff, averaging just 10.0 points on 29.4 percent shooting with 3.3 assists and 1.7 rebounds in 20.7 minutes per game.

He also missed Saturday’s blowout loss to the Portland Trail Blazers for “precautionary” reasons. Head coach David Blatt continued to stress that Irving will be on a minutes restriction versus the Suns, but there’s a possibility that his playing time will increase on Monday night:

“He’ll play as a starter, but you can’t necessarily play him the number of minutes where I’m sure he’ll eventually get to. We can look to increase a little bit.”

Irving acknowledged the rust and says his goal is to regain that confidence in attacking the rim:

“For me, it’s just about knocking off that rust and having that confidence to still be able to attack the rim and get the shots I want.”

The Cavaliers will play in Phoenix at the Talking Stick Resort Arena tonight with tipoff set at 9 PM EST.