Sam Dekker’s Ecstatic Reaction Upon Being Traded to Cavs 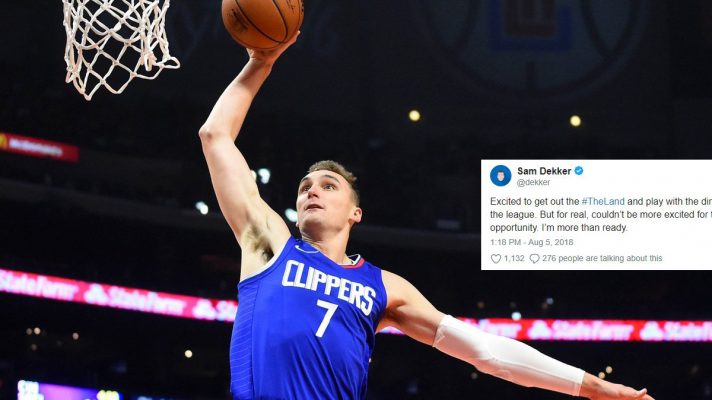 The Cleveland Cavaliers made Sunday quite a bit more exciting for their fans when they finalized a deal with the Los Angeles Clippers for small forward Sam Dekker.

Just minutes after the trade was reported, Dekker himself took to Twitter to express his excitement over the move.

Excited to get out the #TheLand and play with the dirtiest dude in the league. But for real, couldn’t be more excited for the opportunity. I’m more than ready. pic.twitter.com/94uRRDUuEA

If fans are worried that Dekker and Larry Nance Jr. won’t get along based on this tweet, have no fear. Dekker also replied directly to Nance welcoming him to Cleveland. It seems both players are excited to be suiting up alongside one another next season.

With the move, it seems the Cavs are committed to acquiring players who are looking for opportunities to prove themselves.

With the move, the former first-round draft pick will surely look to improve his numbers and his usage in the Wine and Gold.

Hopefully he’s able to make good on that goal.