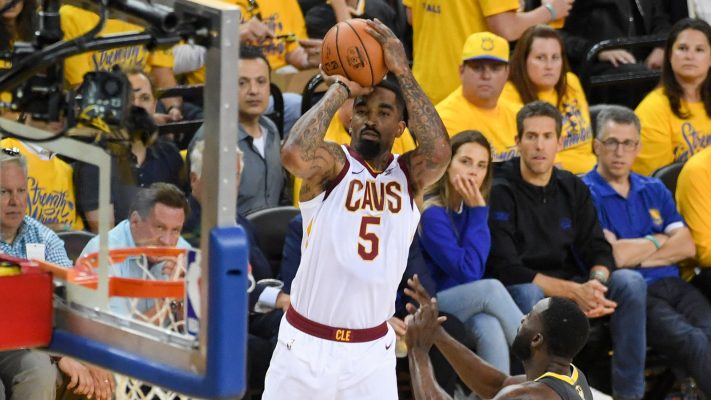 In the aftermath of superstar LeBron James‘ departure to the Los Angeles Lakers, the Cleveland Cavaliers have been active in trying to bolster their team and set up their future for success.

It was first reported that the Cavs and Philadelphia 76ers were in talks over a swap between Kyle Korver and Jerryd Bayless. Now, it appears another elite playoff team, the Houston Rockets, have called the Cavs about veteran J.R. Smith.

Smith, 32, is coming off of one of his poorest seasons in the NBA. The shooting guard put up 8.3 points and 2.9 rebounds a game last season. Probably in his most embarrassing career moment, Smith infamously held the ball and didn’t shoot or pass during a tied Game 1 in the 2018 NBA Finals, costing the Cavs the game.

Yet, the Rockets seem to find the veteran good enough to try to trade for him. While Smith has had his blunders, the former Sixth Man of the Year has plenty of experience. Coming off his fourth straight trip to the NBA Finals against the Golden State Warriors, Smith knows everything about the league’s best team, including how to beat them.

The Rockets, who lost to the Warriors in the Western Conference Finals in a tight seven-game series, could find immediate value in adding the sharpshooter. Not only is Smith accustomed to facing the Warriors at the highest level, but his three-point shooting fits into the Rockets’ heavy shooting system.

Smith is owed $30.4 million over the next two seasons, though the 2019-20 season is only partially guaranteed.