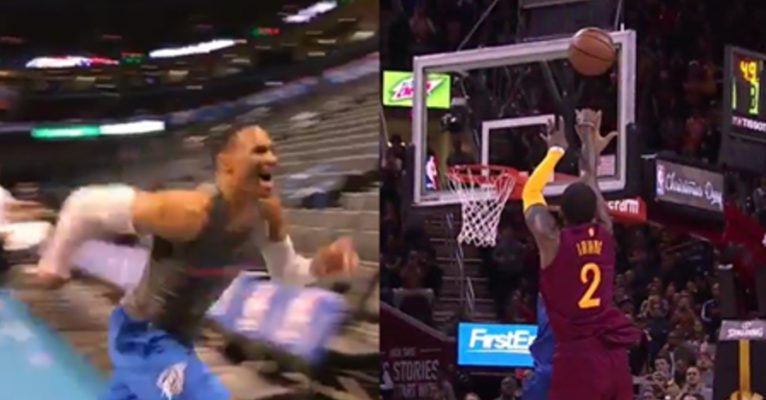 Players from around the league are certainly getting a kick out of Cleveland Cavaliers point guard Kyrie Irving’s incredibly clutch game-winner on Christmas Day against the Golden State Warriors.

Not too long after Los Angeles Lakers legend Kobe Bryant had tweeted this message to Irving following the game-winner, Oklahoma City Thunder point guard Russell Westbrook decided to join in on the fun with a priceless reaction of his own, perhaps at the expense of former teammate Kevin Durant.

Watch as Westbrook nails a 3-pointer in warmups and then yells, “Thank you Kyrie,” in reference to Irving’s epic fadeaway game-winner to put the Warriors away.