A Letter From a Die-Hard Cavs Fan: Thank You, LeBron 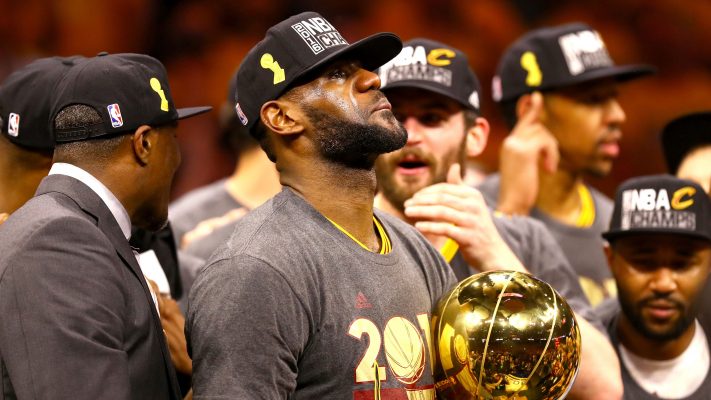 No, I’m not referring to Scar’s words to Mufasa in the “Lion King.” I’m referring to the king of basketball, LeBron James. The best player on the planet. And the true savior of Cleveland sports.

Indeed, James’ recent decision to join the Los Angeles Lakers may have been a tough pill for many of us Cleveland Cavaliers fans to swallow. To see him leave Cleveland a second time should be gut-wrenching. Nerve-wrecking. Demoralizing. But oddly enough, it isn’t. And that’s because the King delivered on his promise.

If capital punishment exists in sports, it’s what Cleveland had to endure for over five decades since the Browns’ victory in 1964. From “The Drive” to “The Fumble” to “The Shot,” Cleveland sports zealots were tortured each season since the lone Browns’ triumph.

Our hopes were lifted when the Cavs drafted James in 2003, and he led the team to its winning ways. Yet even those seasons followed an oxymoronic trajectory; made it to our first NBA Finals in ‘07 and got swept, finished with the league’s best record in 2009 and 2010 but still got bounced out in the playoffs. And then the infamous “Decision” happened.

But with James’s second homecoming, things felt a bit different. With initial growing pains and injuries throughout the first year, the Cavs were hellbent on winning the chip the following season. The 2016 NBA Finals produced three iconic Cleveland sports images. All in one game. The Block. The Shot. The Stop.

And there you had it, three positive Cleveland sports moments for once to counter the three iconic failures. And as the final buzzer sounded, all of Northeast Ohio went berserk. We leaped for joy. We sobbed incessantly. It still feels like a dream. But it did happen. James not only etched his place amongst the pantheon of NBA greats, but also cemented his legacy as the greatest athlete to ever don a Cleveland jersey.

It’s almost like Jim Brown is Jesus, and James is the Messiah. What a combo.

The league’s greatest player may be off to the City of Angels, but there’s no doubt that he’s a Cavalier at heart, and for life. I can’t recall another athlete who has meant so much for his hometown and community; heck, the Cleveland economy spiraled downwards after his first departure in 2010.

There’s no doubt, though, that the general perception in the wake of his second departure is different. We’re eternally grateful for what he has done, and what he has meant, to Northeast Ohio. Furthermore, the Cavs are in a better position to succeed and rebuild now than the shambles they found themselves in the first time around.

Thank you, thank you, and thank you, King James. And *fingers crossed* for the King’s final home rendezvous in his last NBA season!

Cleveland Cavaliers big man Larry Nance Jr. chimed in on the racial injustices going on in the country with...