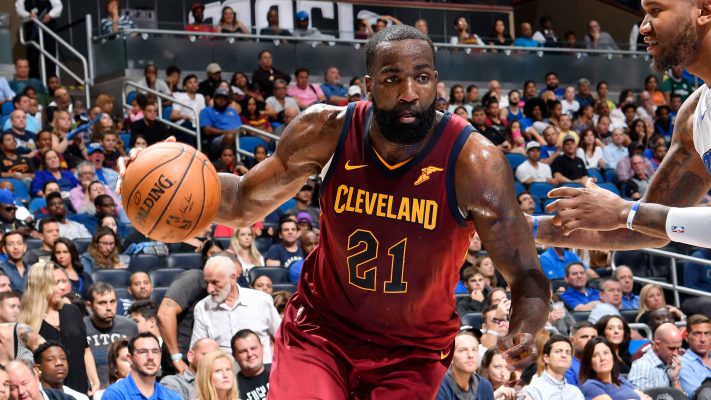 The offseason departures for the Cleveland Cavaliers continued on Tuesday when it was announced that the Cavs had waived veteran big man Kendrick Perkins.

The move ends Perkins’ second stint with the Cavaliers. His first tenure with the team came during the 2014-15 season.

Perkins signed with the Cavs back on April 9 after spending part of the 2017-18 season with the Cavs’ G League affiliate Canton Charge. After signing, Perkins saw just 15 total minutes of playing time, in which he recorded three points and two assists against the New York Knicks.

Now that Perkins is a free agent, he is free to sign with another NBA team. However, considering the fact that he spent the vast majority of his time with the Cavs on the bench, it is unclear how big the market will be for the 14-year professional.

Hopefully there is more basketball to be played for Perkins before he decides to hang it up for good. If not, he will be able to look back on a long and fruitful career that included several NBA Finals appearances and one NBA championship.