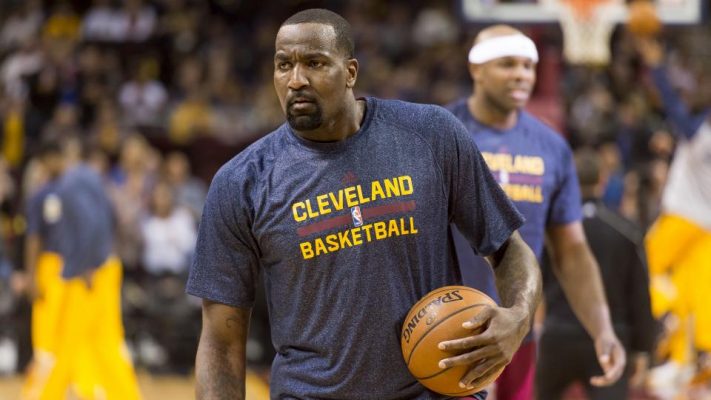 It looks like Cleveland Cavaliers have finalized their roster after signing forward Okaro White on Saturday.

According to ESPN’s Adrian Wojnarowski, the Cavs are bringing back big man Kendrick Perkins.

The Cavaliers are signing 13-year NBA vet Kendrick Perkins with final roster spot for playoffs, league sources tell @Mcten and me. Perkins played part of season at G League affiliate after Cavs released him in preseason.

Perkins had played with the Cavs during the 2014-15 season and was seen as more of a veteran locker-room presence than an on-the-court contributor.

The 13-year veteran will likely be playing the same role in this year’s edition of the Cavs while adding his enforcer-type capabilities on the court.

Perkins fills the final roster spot for the Cavs heading into the playoffs.