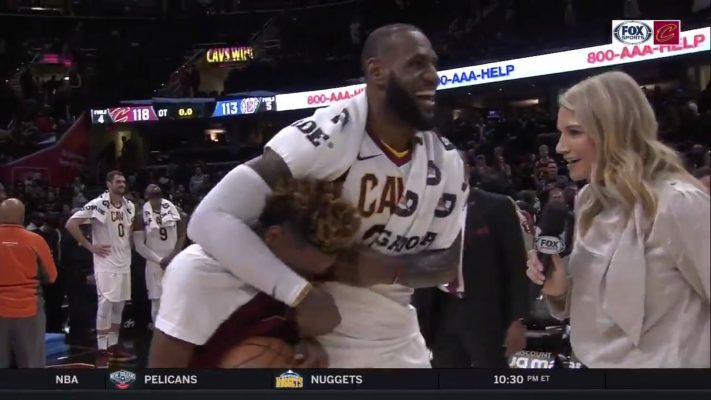 The Cleveland Cavaliers came away with their fourth victory in a row on Friday night as they defeated the Los Angeles Clippers in overtime, 118-113.

Superstar LeBron James once again logged heavy minutes as he dropped a ridiculous 39 points, 14 rebounds, and six assists on the evening, and his heroic effort didn’t go unnoticed.

After the game, sideline reporter Allie Clifton interviewed James and during the middle of the interview, James brought in his two sons, who were forced to be a part of it.

Watch as Clifton asks the two sons, LeBron James Jr. and Bryce James, to give their father a grade on his performance. One or both of their answers may surprise you.

.@KingJames's sons joined in on his postgame chat with @FSOAllieOop after the @cavs' OT win and offered their evaluation of his performance. pic.twitter.com/lIBnpgIAia

The Cavs will look to continue their impressive winning streak as they take on the red-hot Detroit Pistons at Little Caesars Arena on Monday night.