Don't Miss
Home / Rumors / Report: Every Player on Cavs Roster Is Available for Trade Except for Collin Sexton

Report: Every Player on Cavs Roster Is Available for Trade Except for Collin Sexton 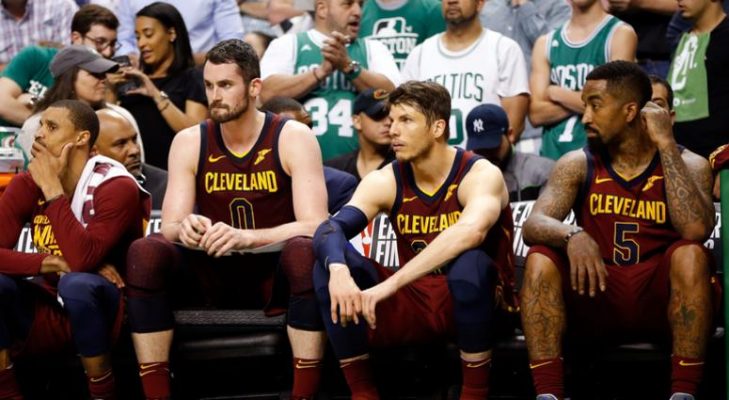 The reshaping of the Cleveland Cavaliers‘ roster following the departure of LeBron James has already seen some veterans leave after James announced his intentions on July 1. One ESPN insider believes that with the exception of the team’s top draft pick, guard Collin Sexton, everyone else on the team is effectively being made available for a possible trade.

ESPN’s Brian Windhorst appeared Thursday on the network’s Cleveland radio affiliate, ESPN Cleveland, and indicated that two Cavs veterans in particular are being offered to other NBA franchises.

“I think the Cavs would trade Kevin Love and Kyle Korver, but aren’t out there peppering teams for trade offers,” Windhorst said. “I don’t think the Cavs want to trade them, it’s just that they aren’t untouchable. The only untouchable is Collin Sexton.”

Sexton has been impressive during his Las Vegas Summer League performances for the team, which drafted him as the eighth overall pick last month. He’s seen as one of the centerpieces of the team’s rebuilding project that commenced once James announced he was signing with the Los Angeles Lakers.

Love could become a free agent after next next season, since he could opt out of the final year of the five-year contract he signed with the Cavaliers back in 2015. The veteran has averaged a double-double during his four seasons with the team, but he also turns 30 in September and has dealt with multiple injuries over the course of his career. If he’s still with the team in February and able to remain healthy, he could become a more viable trading option at the trading deadline.

In Korver’s case, Ashish Mathur of AmicoHoops.net noted that the Cavs would be seeking draft picks in exchange for the sharpshooter who came to the team in a January 2017 trade.

Should the Cavaliers get off to a slow start during the 2018-19 NBA campaign, the push to find a trading partner for Love, Korver and others will most likely increase. Whether or not a deal can be made remains to be seen.