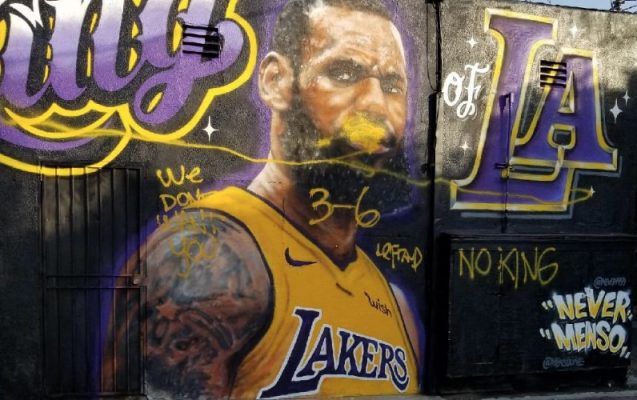 It seems that some fans in Los Angeles aren’t willing to accept their newest superstar acquisition with open arms.

After a mural of former Cleveland Cavaliers star LeBron James was put up in the city of Venice, Calif., one fan went as far as to vandalize the artist’s work.

This was in response to another James hater offering $300 to anyone that went ahead and vandalized the painting.

The fans that have issues with James in Los Angeles are clearly ones that put their fandom of former Lakers star Kobe Bryant over the team. With many claiming that James surpassed Bryant a long time ago, many aren’t willing to accept that there’s a new king in L.A.