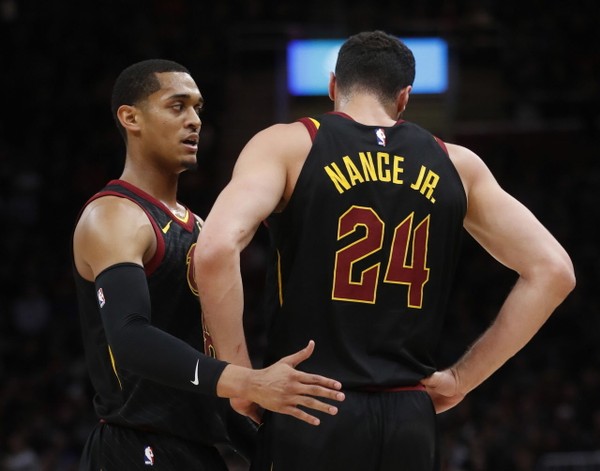 No one in the NBA thought the Golden State Warriors were in need of another NBA All-Star, but that’s exactly what they got on Monday when free agent big man DeMarcus Cousins signed a one-year, $5.3 million deal.

Just over a month ago, the Cleveland Cavaliers saw just how dominant the Warriors were firsthand when they lost, 4-0, in the 2018 NBA Finals. That’s probably the reason why both Jordan Clarkson and Larry Nance Jr. could not believe their eyes when they saw that the Warriors had once again added to their star-studded roster.

Cousins tore his Achilles back in January and it is still unclear when he will be ready to suit up. If he is able to get to full strength at all next season, the Warriors will be even more dominant than they already are.

Before the injury, Cousins averaged 25.2 points, 12.9 rebounds, 5.4 assists, 1.6 steals, and 1.6 blocks per game last season. He could very well end up being the most physically gifted player on a team that includes two former NBA MVPs.

While there is nothing wrong with a team trying to improve its roster, the Warriors are seemingly satisfied with taking all of the fun out of the upcoming NBA season as they look to coast to a third straight NBA title.