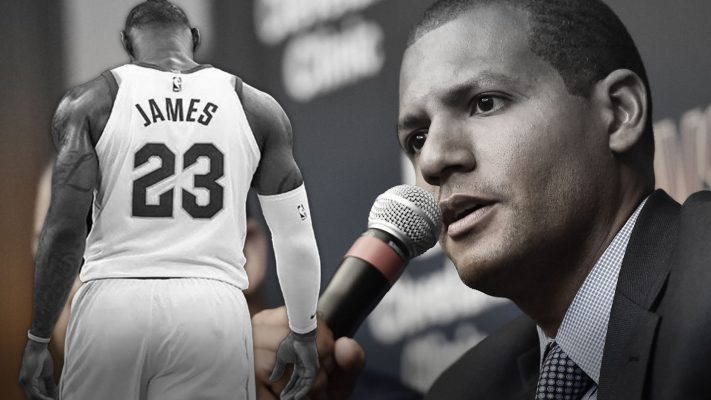 The stunning haste of LeBron James announcing that he was leaving the Cleveland Cavaliers to sign a four-year free agent contract with the Los Angeles Lakers caught many off guard. It appears that chief among this group were the Cavaliers themselves, who apparently had no idea that any decision was forthcoming.

As of 8 pm, league sources said #Cavs were unaware of LeBron’s intentions.

One of the reasons that the Cavaliers appeared to be so surprised was because the team’s general manager, Koby Altman, had spoken with James and his agent, Rich Paul, just after the free-agency process had begun on Sunday morning. Altman’s likely belief was that he would receive notification from someone connected to James about the ultimate decision, contact that apparently never took place.

Eight years ago, when James left under much more controversial circumstances, the Cavaliers’ front office was notified shortly before the superstar’s infamous “Decision” television special went on the air. That heads-up proved to be of little consolation to owner Dan Gilbert, who quickly released a bitter diatribe against James, a move that he later came to regret.

While the departure of James will help reduce the financial burden that Gilbert has dealt with concerning the team’s payroll, it also delivers a hit to the overall value of the franchise. From an on-court perspective, it also blows a huge hole in the team’s starting lineup that will be next-to-impossible to replace for the near future.