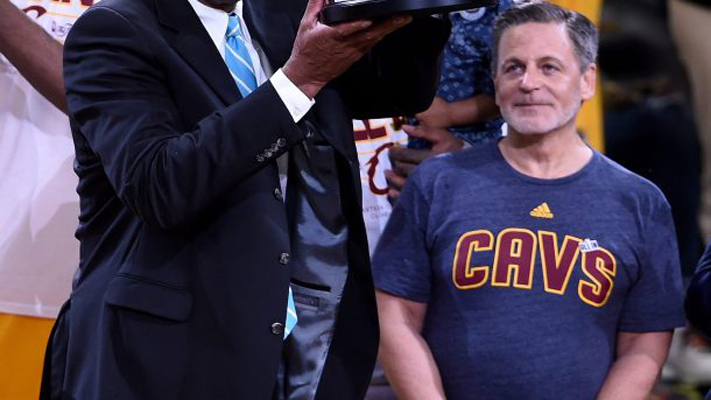 The final bill for winning the NBA championship has been delivered to Cleveland Cavaliers owner Dan Gilbert, with Gilbert and his minority ownership group on the hook for $54 million in luxury taxes.

The Cavaliers were one of seven teams to be assessed a luxury tax for going over the league threshold of $84.7 million, according to Marc Stein of ESPN.com. However, the $54 million was more than twice what the next closest team was instructed to pay.

The Bulls were the lone team in that group not to reach the postseason and have since begun an overhaul of their roster. The recent trade of Derrick Rose to the New York Knicks was followed by Joakim Noah leaving as a free agent, also to the Knicks.

While the salary cap for the 2016-17 season has been significantly bumped up to $94.1 million and the threshold boosted to $113.29 million, the Cavaliers will still be over that amount for the upcoming season.

The departure of Timofey Mozgov and expected loss of Matthew Dellavedova to free agency will only reduce Cleveland’s payroll by approximately $6 million. Meanwhile, the additional costs involved with re-signing LeBron James, J.R. Smith and Richard Jefferson will boost that back up above the total.

In regards to signing free agents, the Cavs don’t have many options due to available contract space. However, team general manager David Griffin recently spoke about being comfortable with bringing back the bulk of the team’s championship squad for next season.