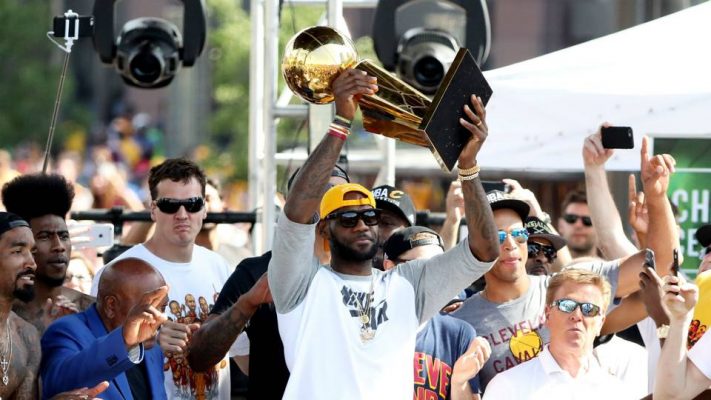 LeBron James‘ announcement that he was leaving the Cleveland Cavaliers to sign a four-year contract with the Los Angeles Lakers no doubt stuck a dagger in the hearts of many Cavs fans who were hoping he’d complete his career with the team. In an effort to ease the pain of his departure, James quickly posted a message to those fans after his decision was announced.

LeBron thanks Northeast Ohio on his Instagram story pic.twitter.com/AFlgrp5HXa

While some fans will continue to remain angry toward James for his decision, the steps taken in this instance stand in direct contrast to his controversial departure in 2010. At that time, he announced that decision in a made-for-TV special and within 24 hours, was speaking of winning multiple NBA titles for the Miami Heat. The latter remarks were especially aggravating to the Cavaliers’ fan base, who saw him leave without having won a single title.

James’ inclusion of a photo from the massive June 2016 championship parade in downtown Cleveland serves as a subtle acknowledgment that he has completed the “unfinished business” he wrote of upon his return to the Cavaliers in 2014. That title was achieved with a dramatic 3-1 comeback as James was named Finals MVP for his performance.

During the four seasons following his return, the Cavaliers reached the NBA Finals each season and James managed to continue an incredible string of eight consecutive appearances in the finals. Unlike his departure in 2010, the Cavaliers are better equipped to adjust to him leaving, though it will still leave a gaping hole on the roster.