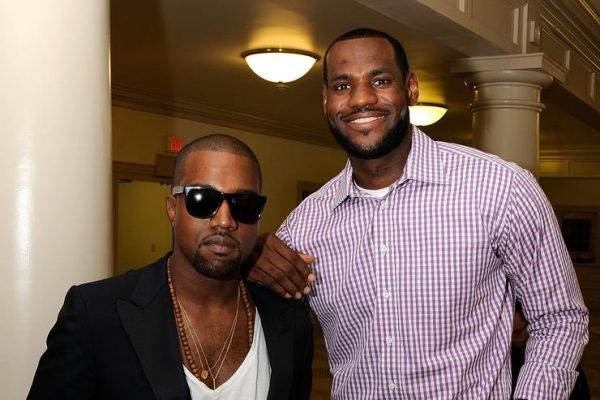 Rapper Kanye West has a reputation for making controversial and surprising statements on any number of topics that go beyond his current status as a recording artist.

In one of his latest comments, he told TMZ Sports that he believes that former Cleveland Cavaliers forward LeBron James should have re-signed with the team, rather than leave in free agency to join the Los Angeles Lakers.

The surprising aspect of the remarks to TMZ’s Harvey Levin might be seen in the fact that West lives in Los Angeles and would presumably be expected to cheer the fact that James is now wearing a Lakers jersey. However, one cynical reason why he may have made the statement is that it might curry favor with Cavs owner Dan Gilbert, who he had a scheduled meeting with the following day.

Exploring the issue more closely would also show that West’s sister-in-law is Khloe Kardashian, who’s in a relationship Cavaliers center Tristan Thompson and gave birth to their daughter earlier this year. Still having James on the Cavaliers would have given the team the opportunity to reach the NBA Finals for a fifth consecutive year

Equally unsurprising when it comes to West’s comments is that they might raise the eyebrows of anyone having interest in his opinion. He’s been a vocal supporter of President Donald Trump and has defiantly held that belief amid relentless criticism.

As in this particular instance, he’s also been unafraid on multiple occasions to wear the “Make America Great Again” hat that was a staple of Trump’s 2016 presidential campaign.

Of course, the reality is that James made his decision in July, ending his second run with the team. There’s a slight possibility that James could return to the Cavaliers at some point down the road, but for the near future, he’s a member of the Lakers and the Cavaliers are in the midst of a rebuild.