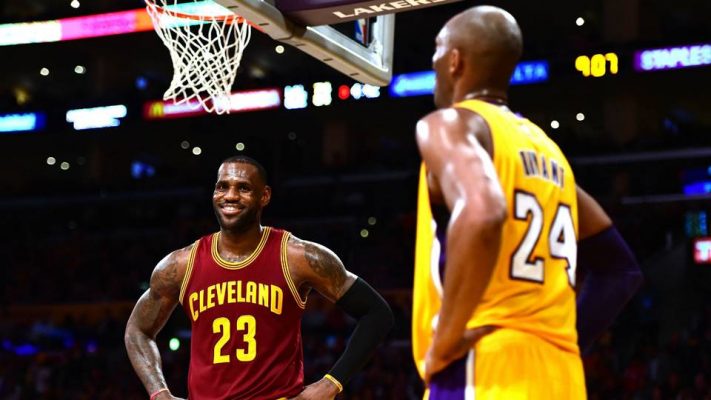 Former Los Angeles Lakers shooting guard Kobe Bryant has spent much of his time since retiring from the NBA questioning LeBron James‘ place amongst the all-time NBA greats.

Considering that, fans were wondering how Bryant would react to the news that James had decided to sign a four-year contract on Sunday. While some would have expected Bryant to question the move, he did quite the opposite.

Kobe Bryant will have a lot to say about LeBron in due time. For now, he says in all caps, “I LOVE IT.”

Bryant also took to social media himself to personally welcome James to the Lakers family.

For much of James’ career, Lakers fans everywhere have argued that James does not live up to the comparisons between himself and Bryant because Bryant has five championship rings to James’ three. Now, those very same fans will certainly be rooting for James to inch closer to Bryant’s championship total.

To do that, he’ll have to lead a team that has failed to make the playoffs since the 2012-13 season.

As it stands, James has joined a roster that is young and inexperienced. However, considering recent reports regarding additional offseason moves that the Lakers are trying to make, it is quite possible that he will soon be a part of the NBA’s latest super team.