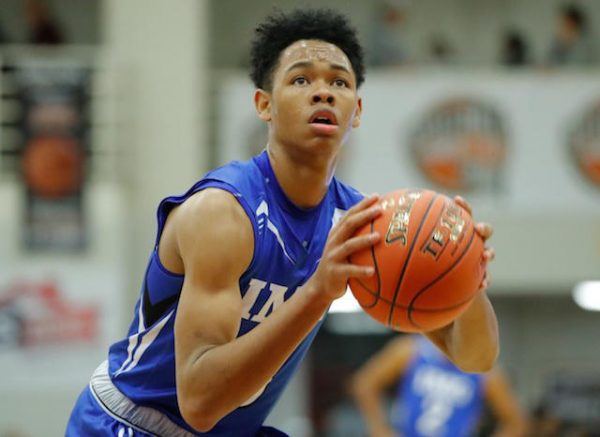 While most of the basketball world is focused on whether or not the Cleveland Cavaliers will manage to re-sign LeBron James this offseason, the Cavs themselves are also quite focused on another aspect of their future.

On Wednesday, the Cavs worked out first-round hopeful Anfernee Simons. According to a recent report, the 6-foot-5 guard did quite a lot to impress.

Kevin O’Connor of the Ringer broke down Simons’ strengths in a recent article, and it seems clear that there is quite a lot to be excited about:

“Bouncy athlete capable of finishing ferocious dunks; possesses the fluidity and agility to change directions on a dime.

“Advanced handle enables him to create space off the dribble.

“Good spot-up shooter with a quick release and soft touch.

“Intriguing defensive potential with his combination of length and athleticism.”

Following high school, Simons was prepared to attend the University of Louisville, but he later backed out of his commitment following the removal of former coach Rick Pitino. He then spent a post-grad year at IMG Academy in Manatee County, Fla., before declaring for the NBA draft.

According to several recent mock drafts, Simons is projected to be a mid-to-late first-round pick in the upcoming draft.

Though the Cavs will most likely not reach for the talented guard with their eight overall pick, it could be a sign that they are looking for ways to trade for a pick later in the draft to bolster their roster and build for the future.