4 Ways the Cavs Can Keep LeBron James in Cleveland 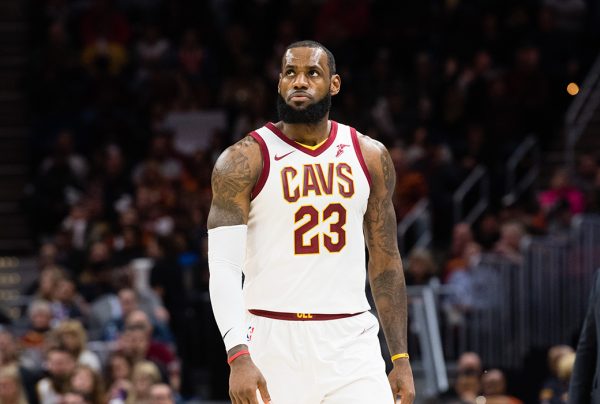 With just over two weeks until the NBA free-agency period begins, the entire basketball world is transfixed on what will take place in Cleveland when LeBron James becomes a free agent. For the third time in his 15-year career, experts and insiders alike believe the four-time MVP could very well be on the move, in search of greener pastures and more championships.

While teams like the Houston Rockets and Philadelphia 76ers offer more talent on their current roster and a team like the Los Angeles Lakers offers primetime exposure in a massive market, there are still several ways that the Cleveland Cavaliers could convince James to remain in the Wine and Gold.

If there’s one thing fans know about Cavaliers general manager Koby Altman, it’s that he’s not afraid to make trades. Last season, Altman ripped off several roster-changing deals that brought a slew of new faces to the team. While last season’s trades were primarily about changing the toxic locker-room dynamic, any trades this summer to try and keep James in Cleveland would be about one thing: star power.

There are several assets Cleveland could use in order to complete a potential deal. If dealing Kevin Love and the eighth overall draft pick could result in the Cavs landing a player like Damian Lillard or Kawhi Leonard, many fans would consider it well worth it. Whether or not trading one All-Star for another would prove enough to convince James to stay, or enough to beat the best teams in the NBA come next year’s playoffs, remains to be seen.

2. Get aggressive in free agency.

It’s up to debate whether or not adding a plethora of new talent in one offseason is the right way to try to win a championship, but it could definitely be the right way to keep the three-time MVP in Northeast Ohio. Along with James, there are quite a lot of big names who could be switching teams this offseason. The list of players who either have a player option or will be an unrestricted free agent this summer includes Chris Paul, Paul George, DeMarcus Cousins, Kevin Durant, and Carmelo Anthony. Those are the biggest stars who will be available, but there are plenty of high-level contributors up and down the list.

The Cavs could greatly improve their roster through free agency. They could also target some of James’ closest friends, such as Paul and Anthony, to bring Team Banana Boat to fruition. James proved this postseason that he doesn’t need a whole lot of talent around him to contend for a championship. If Altman and Cavs owner Dan Gilbert can bring a few talented ballers to Cleveland this summer, it might be enough to keep King James around for a while longer.

3. Draft someone who can contribute right away.

If the Cavs would rather spend the eighth overall draft pick on young talent than use it as a trade piece to lure a star, there are several players that they should target if they want James to stay in Cleveland. There is quite a lot of talent in this year’s draft, and while the youngsters with raw ability who haven’t quite put it all together are undoubtedly exciting, the Cavs should be focusing on those who can come in and contribute right away.

Last season, rookies like Jayson Tatum, Donovan Mitchell, and Ben Simmons proved that a first-year player can be a worthy primary or secondary scoring option and have a huge impact on their team. Two names to keep an eye on if the Cavs hold onto the pick are University of Oklahoma star shooter Trae Young and Duke University’s Marvin Bagley III. Both of these players could be long gone before the Cavs’ pick, but the draft offers them an opportunity to move some assets to both open up cap space and climb higher in the draft.

A strong draft could help the Cavs in more ways than one. If they get out with one or two solid day one contributors, they could trim the fat from their roster and put themselves in great position once free agency rolls around. If James likes what he sees, he might be willing to re-sign with the Cavs.

4. Start paving the way for James to own part of the Cavs.

James has stated in the past that he wants to own an NBA team. What better team to own than the one he grew up rooting for, was drafted by, and won a championship with? While anything in writing would certainly break several rules established by the NBA’s CBA, that doesn’t mean a behind-closed-doors handshake cannot take place.

Former NBA player and current ESPN insider Jalen Rose, broke down how something like this could work in both the Cavs’ and James’ favor.

“If I’m the Cavs, I seriously do this,” he said on a recent episode of ESPN’s “Get Up!” “I do a wink-wink deal with LeBron James, give him part ownership of the team, I put a statue in front of the building, and I retire his number. I do all of that.”

A statue and the eventual retiring of the James’ number in Cleveland seems inevitable, but a wink-wink deal to discuss future ownership of the team certainly is not. James and Gilbert may have very little love for one another, but an established plan for James to join the ranks of NBA owners could be the ultimate form of extending the olive branch. It could also be the way for the Cavs to extend James’ years in Cleveland as their star player.