Report: Cavs Optimistic About No. 8 Pick After Interviewing 20 Players at Draft Combine 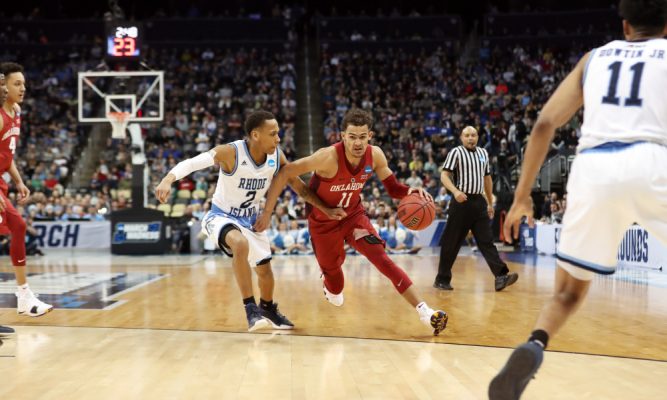 With the Cleveland Cavaliers in possession of the eighth overall pick in next month’s NBA draft, they’re doing the requisite leg work in getting as much information as possible about the pick that they will eventually make. During the two-day NBA Draft Combine that concluded in Chicago on Friday, they covered a wide net of of possible draftees by interviewing a reported 20 different players.

Some of the players who are expected to be among the top selections didn’t attend the combine, though the Cavaliers’ front office contingent that made the trip still met with a number of standout players. These included Mo Bamba of Texas, Mikal Bridges of Villanova and Trae Young of Oklahoma, with other players such as Michael Porter Jr. of Missouri and Wendell Carter of Duke.

“You’ll hear this from a lot of teams, but after watching and talking and interviewing the players, we feel very excited about the draft,” an anonymous team source said. “We feel our pick has even more value, and we were happy with it before.”

Cavaliers general manager Koby Altman had acquired that selection, originally the first-round pick of the Brooklyn Nets, in last August’s deal that sent Kyrie Irving to the Boston Celtics. Among the group that attended the combine with Altman were assistant general managers Brock Aller and Mike Gansey, and the team’s director of scouting Brandon Weems.

The draft will be held at the Barclays Center in Brooklyn on June 21, though the Cavs have a much more immediate concern as they attempt to get back on track against the Celtics in the Eastern Conference finals. They enter Saturday night’s Game 3 at Quicken Loans Arena trailing 2-0 in the best-of-seven matchup.