Don't Miss
Home / Videos / Paul George: ‘I Like Playing With LeBron, It Was Fun Playing With Him All-Star Weekend’ 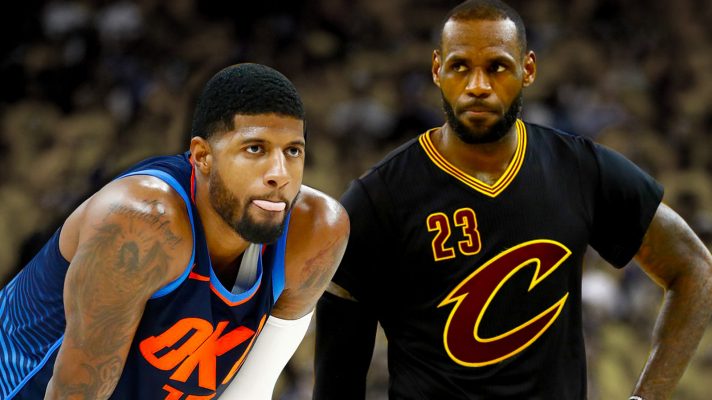 The NBA offseason is officially in full swing, and that means that many of the league’s biggest stars can be found in Los Angeles, Calif. That was the case for soon-to-be free agent forward Paul George.

On Tuesday, TMZ Sports caught up with George at the Fortnite Celebrity Pro-Am to talk about his future and whether or not it might involve playing alongside LeBron James.

Shortly after, the TMZ reporter asked George if he see likes L.A. and the Los Angeles Lakers. While the five-time All-Star offered an answer, he certainly did not show his hand.

Last offseason, James was instrumental in attempting to bring George to the Cleveland. Unfortunately for the Cleveland Cavaliers, the potential deal with George’s former team, the Indiana Pacers, fell through and the 6-foot-9 small forward was ultimately traded to the Oklahoma City Thunder. Considering that, it would be no surprise if both players were looking to take advantage of their coinciding free agency to try to end up on the same team this summer.

It’s clear by his responses that George is keeping his future plans fairly close to the chest. James is certainly doing the same for the moment. Soon enough, however, fans will truly get to find out just how realistic a squad led by James and George is.

Hopefully, James is more intent on recruiting George to Cleveland than he is on meeting him out in L.A.