Video: Brawl Breaks Out at End of Cavs-Warriors Game 2 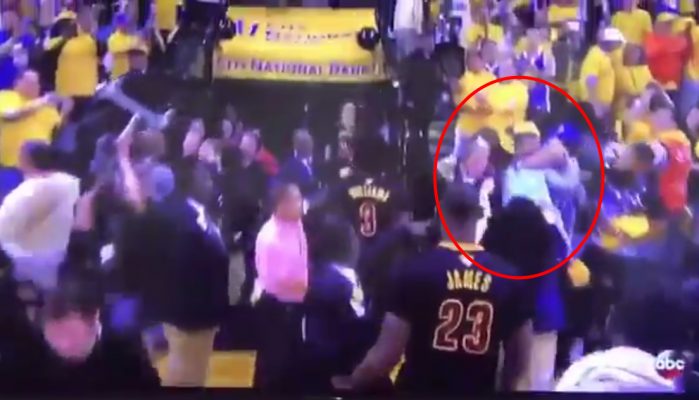 The Cleveland Cavaliers endured their second straight loss to the Golden State Warriors in the NBA Finals as they fell by a score of 132-113.

Towards the end of the game as the Cavs players were heading towards the locker room, two fans could immediately be seen getting into some sort of scuffle on the baseline.

Watch the brawl unfold for yourself below.

LeBron James is stopped from going to the Cavs locker room due to a brawl in the Warriors crowd???? pic.twitter.com/peB6SG7xmd