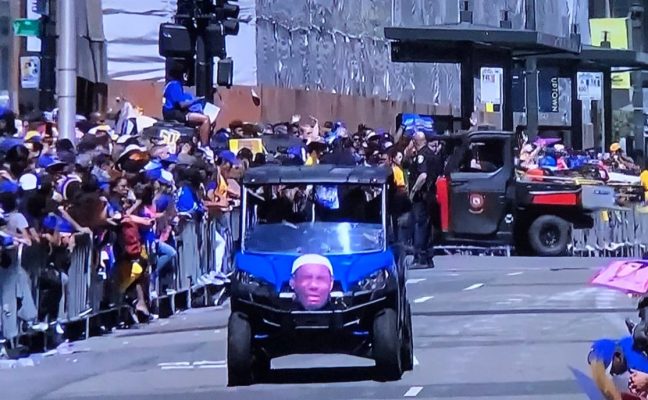 During Tuesday’s championship parade for the Golden State Warriors, Cleveland Cavaliers forward LeBron James became part of the conversation. That was because one of the vehicles had a photo of James wincing in pain attached to the front.

The trolling was no doubt a dig at James’ Cavaliers falling to the Warriors for the third time in four years.

James’ photo is similar to the “Crying Jordan” meme that’s been frequently used over the past decade as a source of ridicule. That photo came from Michael Jordan‘s 2009 Hall of Fame induction, when he emotionally recounted his route to basketball immortality.

Two years ago, when the Cavaliers became the first team in NBA history to forge a comeback from a 3-1 deficit in the finals, a similar occurrence took place. Only in this instance, the Jordan meme was photoshopped to mock the Warriors for failing to win their second consecutive title, ruining a 73-win regular season.