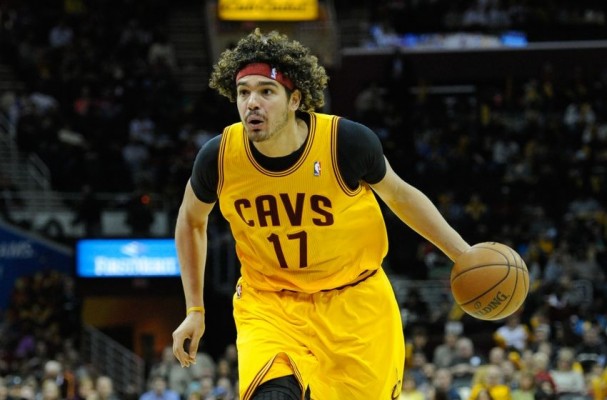 The last time Anderson Varejao was seen on a basketball court, he tore his Achilles in a regular season game back in December.

Fast forward nine months later and Varejao is ready to return to action. According to Terry Pluto of The Plain Dealer, the Cleveland Cavaliers veteran has been working out and training in his native home of Brazil. Pluto states that all is well so far with Varejao’s recovery:

“The Cavs have had a trainer and coach working out with Anderson Varejao in his native Brazil. So far, all is well with his surgically repaired Achilles.”

It isn’t expected that Varejao will miss any regular season time due to the Achilles injury. Before his injury setback last December, the 11-year veteran averaged 9.8 points and 6.5 rebounds in 26 starts.

With the Cavaliers stacked along the front line, Varejao will have to make an adjustment in coming off the bench. Timofey Mozgov will start at center, while Kevin Love is slotted as the starting power forward.

Considering he hasn’t played more than 65 games in a single season since 2009-10, it would be wise to limit the veteran’s minutes. Due to a variety of injuries, Varejao has missed the majority of the season in four of the last five years.

With Sasha Kaun now on the roster and Tristan Thompson likely to return to the Cavs, Varejao’s minutes will be carefully monitored and limited.