Don't Miss
Home / Rumors / Report: Cavs May Not Be Able to Afford Rodney Hood This Summer

Report: Cavs May Not Be Able to Afford Rodney Hood This Summer 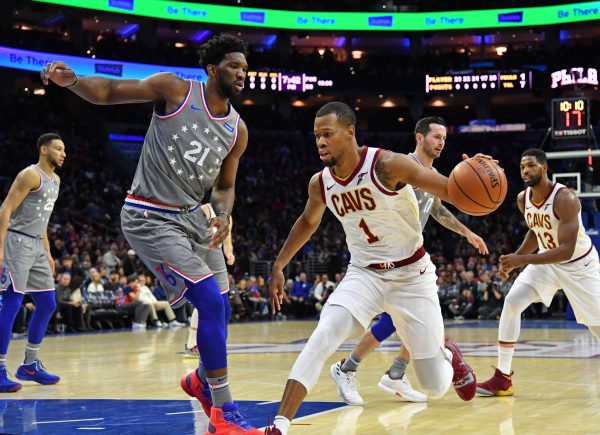 The status of Cleveland Cavaliers veteran Rodney Hood beyond this season remains a mystery, since he’ll be an unrestricted free agent next July. While the Cavs could be a contender to re-sign him at that point, one report indicates that interest from other franchises could price him out of the team’s plans.

Chris Fedor of Cleveland.com offered this assessment on the situation:

“The Cavs will have a challenging choice to make there. They set aside around $21 million over three years this past off-season and maybe they would be willing to offer something in that same neighborhood following this year — if he remains on the team beyond the trade deadline. But there’s some thought that Hood will get even more than that on the market this summer, especially when teams with cap space miss out on the top-shelf free agents.”

Right now, the Cavs’ payroll for next season is already at $118 million, so adding anything beyond the amount listed above may not hold value for the team. In the past, team owner Dan Gilbert has been open to deficit spending and paying luxury tax penalties. That was when the Cavaliers were strong contenders to win an NBA championship.

However, with the Cavaliers now in full rebuilding mode, the likelihood is that tightening the reins on the payroll is what figures to happen. That’s one reason why Hood’s name has been mentioned among Cavaliers veterans available in trade talks.

During the past offseason, Hood was a restricted free agent who received no solid offers from other teams. That led him to re-sign with the Cavs at the $3.4 million qualifying offer they had made prior to the start of free agency, a move that allows Hood to have unrestricted status after this year.

On the court, the 26-year-old Hood has played and started in 29 of the Cavaliers’ 30 games this season, averaging 13.0 points, 2.4 rebounds and 2.1 assists. Earlier this month, he spoke of the difficulty of playing for a struggling team, with those struggles clearly seen in the team’s current 7-23 record.