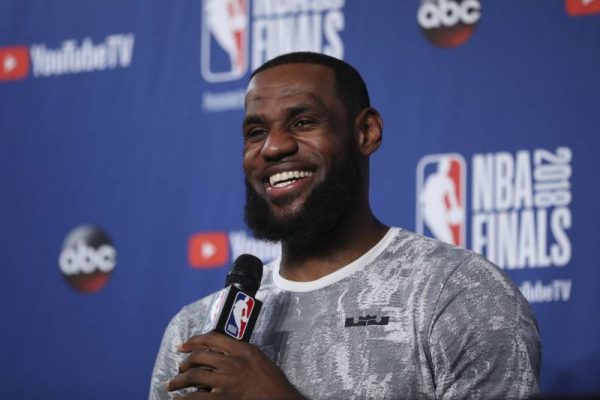 Most of the NBA world is still fixated on the news of LeBron James leaving the Cleveland Cavaliers to go join the Los Angeles Lakers, but the three-time NBA champion has already set his sights much further into the future.

According to Ellis Clopton of Variety, James and his business partner Maverick Carter are looking to one day own an NBA team and possibly an NFL team to boot.

While James is still several years away from owning his own basketball or football team, he does already own a two percent stake in the English Premier League soccer club, Liverpool F.C.

Despite that, Carter did admit it is still difficult for athletes to get taken seriously off of the court.

“They are more than just athletes, but sometimes the world doesn’t see them that way,” Carter said. “Once the world sees you as that one thing, and the better you are at that thing, the more you can only be that thing.”

Carter did not expand on which franchises he and James have set their future sights on, but its possible that James could one day become the owner of the team that originally drafted him into the NBA.

There is no denying that it would be an incredible stroke of fate to see the four-time MVP return to Cavs not as a player, but as the team’s owner. Only time will tell whether or not that will ever come to pass.