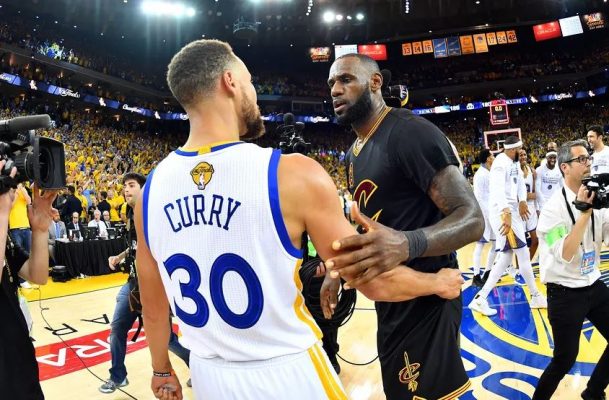 LeBron James and the Cleveland Cavaliers are still wholly focused on clawing their way back in the 2018 NBA Finals, but many who report on the NBA are already looking ahead towards James’ impending free agency.

While the teams that are mostly like to sign James this summer were revealed quite some time ago, one ESPN insider believes James will also meet with a team that is nowhere near the list of favorites.

According to Stephen A. Smith, the three-time NBA champ will meet with the Golden State Warriors this summer. Smith even spent time on ESPN’s “First Take” detailing how James could end up in Golden State.

LeBron James will be having a conversation with the Golden State Warriors this summer. pic.twitter.com/hVZKgrpro7

Despite Smith’s assertion, it seems quite unlikely that James would sign with the Warriors. First, it would take quite a bit of work for the Warriors to make the necessary cap room to sign James. Beyond that, James would have to accept a serious hit to his legacy if he were to sign with the team that has dominated the NBA for much of the last four seasons. Still, the report is without a doubt quite interesting.

While this report is in the news today, there is no question that James’ mind is much more focused on beating the Warriors tonight in Game 3 of the finals than on potentially joining them this summer.

Hopefully he and his teammates are able to do the improbable and come back from their 0-2 deficit to win the championship this season. If they don’t, the noise regarding James leaving Cleveland for a new team will likely only grow louder.

cleveland cavaliersfeaturedGolden State Warriorslebron jamesnews ticker
← Previous Story Report: LeBron James and Paul George Will Have Conversation About Teaming Up in Los Angeles
Next Story → Cavs Rumors: Only One Thing Can Keep LeBron James in Cleveland This Summer