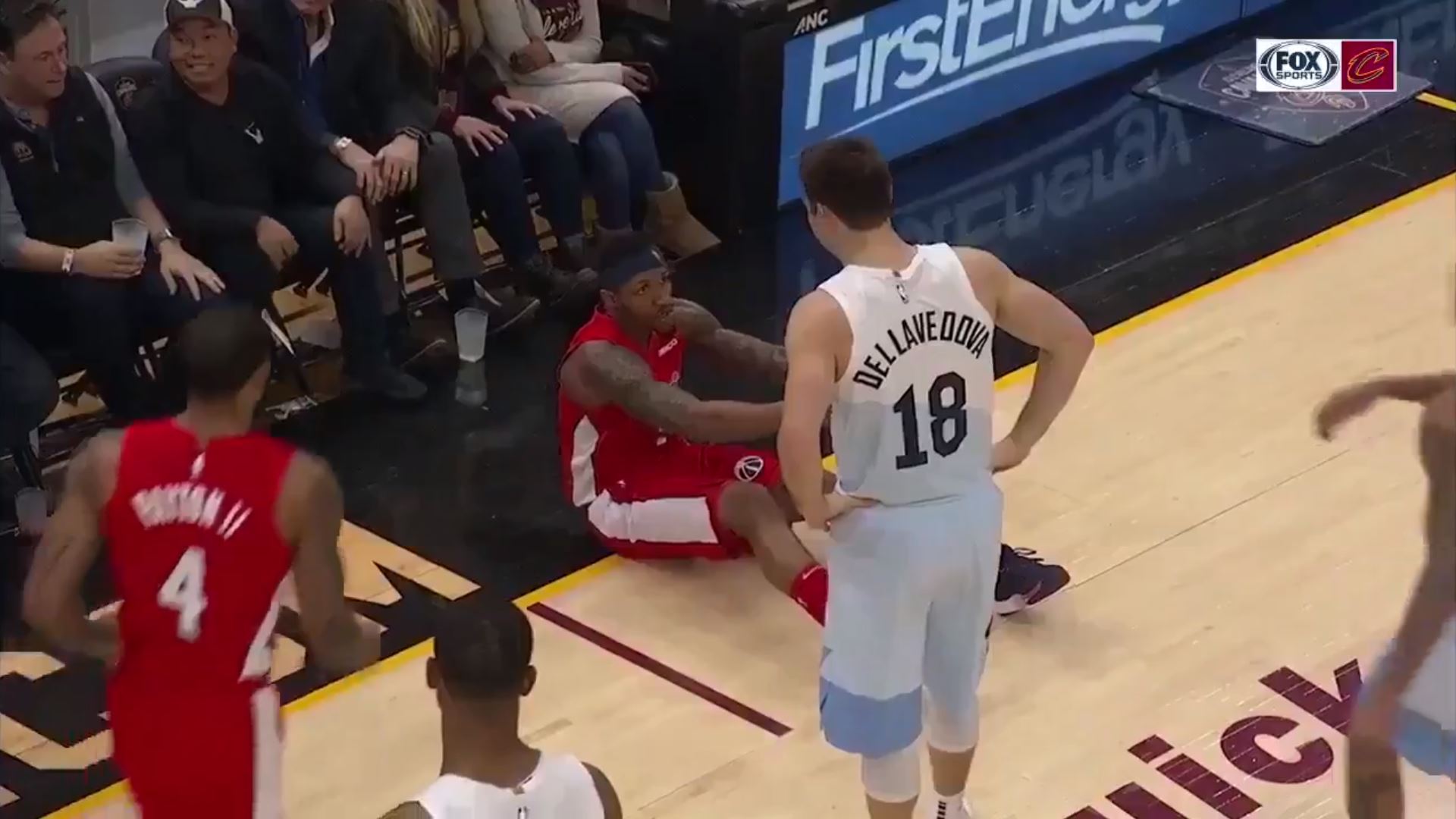 The Cleveland Cavaliers secured their 11th win of the season against the Washington Wizards on Tuesday night. Despite the loss, Wizards guard Bradley Beal went off for 31 points on the night.

Throughout the game, Cavs point guard Matthew Dellavedova wasn’t happy with some of the calls Beal was getting from the officials. Dellavedova was mic’d up for the game and he hilariously called out Beal for flopping.

His Australian accent made the video even better and the casual move to put his hands on his hips to stare down Beal was downright hysterical.

The incredulous Cavaliers didn’t believe that Beal was still getting calls when he flopped. While this clip doesn’t show the play in question, the reaction from Dellavedova says it all.

Beal’s penchant for drawing fouls helped him pour in his game-high 31 points. He finished the night shooting 8-for-9 from the free-throw line.

Nonetheless, Dellavedova and the Cavs were able to take down the Wizards and improve their record to 11-41 on the year. The New York Knicks now hold the worst record in the league at 10-39.