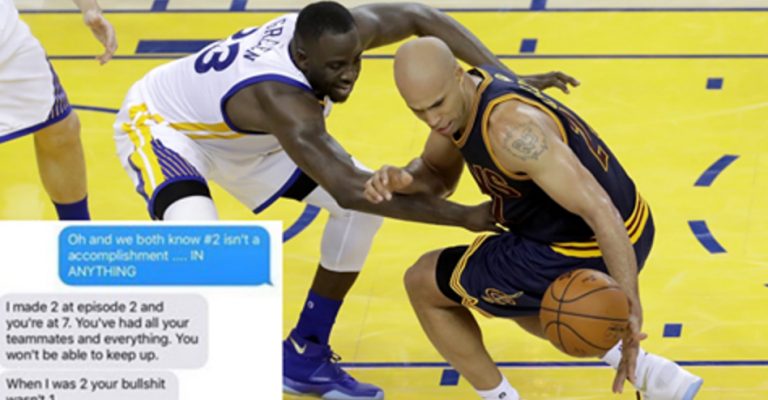 After facing each other in two straight finals and a third one looming, everybody knows the Cleveland Cavaliers and Golden State Warriors have one of the most fierce rivalries in sports today.

However, that rivalry appears to be reaching another level after opposing forwards Richard Jefferson and Draymond Green got into an intense texting exchange over each other’s podcasts.

People wanted to see the text exchange between my partner @money23green and the @roadtrippin crew. @uninterrupted is starting a sibling rivalry!! @cavs vs @warriors in everything ?. Great competition doesn't mean rivalry!! #oncemyrookalwaysmyrook

Jefferson, along with Cavs teammate Channing Frye, hosts the “Road Trippin’” podcast via UNINTERRUPTED, an all-digital sports programming network with videos from an athlete’s perspective. The popular platform, started by LeBron James, is also home to Green’s podcast, “Dray Day,” which has picked up steam in the past few weeks.