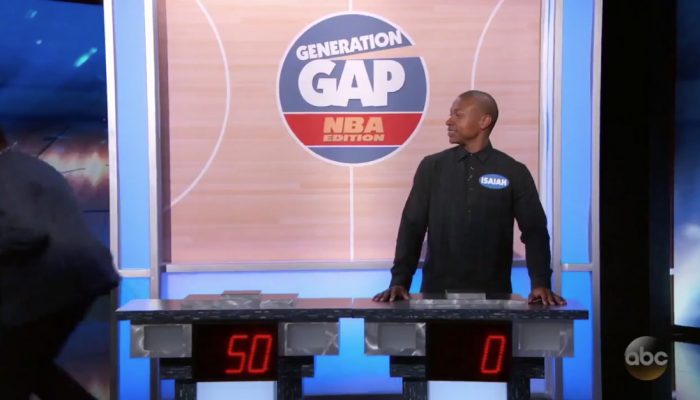 Last week, the former Cleveland Cavaliers point guard took to Twitter to express his support of his former team despite his tumultuous and short-lived tenure with the team. On Monday night, however, Thomas completely changed his tune when he participated in an NBA edition of Generation Gap on “Jimmy Kimmel Live!”

"I'm like the Cavs, I'm going to get swept." – Isaiah Thomas

There’s no doubt that the Cavs have struggled thus far in the Finals. First, they let a Game 1 victory slip through their fingers after a late-game blunder. They were then blown out in Game 2 after a historic shooting effort by Stephen Curry.

Still, someone might want to remind Thomas that if all had gone to plan for him, he would actually be participating in this Finals series. Instead, Thomas is enjoying the offseason after being traded from Cleveland to a bottom-feeding Los Angeles Lakers squad.

It’s good to see Thomas is having his fun. While it seems clear that he thinks the high-octane Warriors squad closes out the series in four games, his words will surely only serve as more motivation for the Cavs as they work to claw their way back into the series.