Don't Miss
Home / Videos / LeBron James Blocks Steph Curry, Tells Him to ‘Get the F—‘ Out of His Face

LeBron James Blocks Steph Curry, Tells Him to ‘Get the F—‘ Out of His Face 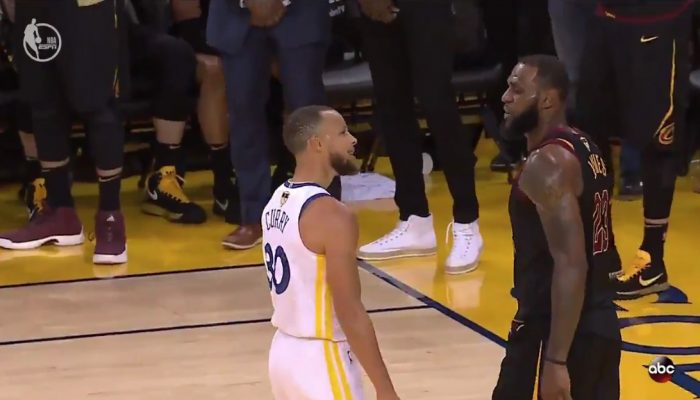 With 34.1 seconds left in overtime of the Cleveland Cavaliers‘ loss to the Golden State Warriors in Game 1 of the NBA Finals, LeBron James swatted away a shot by the Warriors’ Stephen Curry. James then made his point even more emphatic by then telling Curry to “get the f— out of [his] face” after Curry attempted to trash-talk him.

James was obviously frustrated by the missed opportunities of the Cavs in the closing seconds of regulation, when a missed free throw by George Hill and a brain cramp by J.R. Smith sent the game to overtime. The Warriors dominated in those five minutes and came away with a 124-114 win, with James scoring 51 on the night.

The Cavaliers will attempt to even the series when it resumes on Sunday night at Oracle Arena.