Video: Rodney Hood Explains Firsthand Why He Refused to Play in Game 4 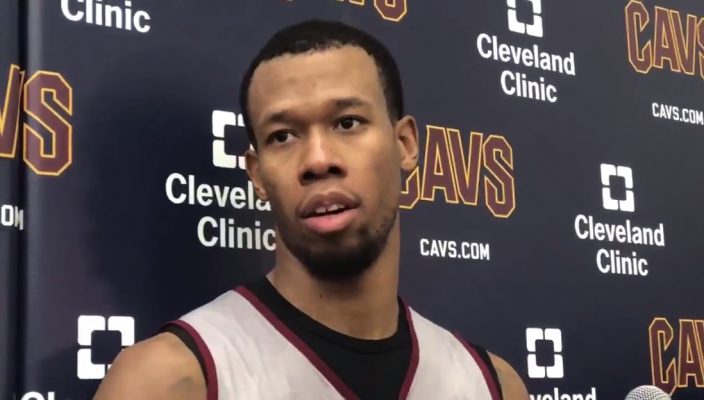 The Cleveland Cavaliers returned to the basketball court on Thursday to prepare for their Eastern Conference Finals matchup against the Boston Celtics. However, a good deal of attention after the team’s practice was focused on Rodney Hood‘s explanation of his refusal to enter Monday night’s Game 4 against the Toronto Raptors. That action subsequently sparked controversy among both local and national media outlets.

Rodney Hood explained the situation at the end of Game 4, in which he didn’t go into the game after he was called on. #Cavs pic.twitter.com/s89qI2SZqO

Hood chalked up the situation to confusion about his suggestion of teammate Jose Calderon being inserted in his place. Though Hood attempted to minimize the controversy, he did apologize to Cavaliers head coach Tyronn Lue and pledged to enter the game if a similar situation were to surface in the future.

In the immediate aftermath of the incident, Hood reportedly apologized on Tuesday morning to Cavaliers general manager Koby Altman. That came in the wake of stories about Hood’s teammates being upset about his action. The team chose not to discipline Hood, who will be with the team when it begins the conference finals in Boston on Sunday.

Hood has struggled during the postseason and played just 39 minutes during the series with the Raptors. His problems have reportedly stemmed from lingering injuries which plagued him during the final month of the regular season.