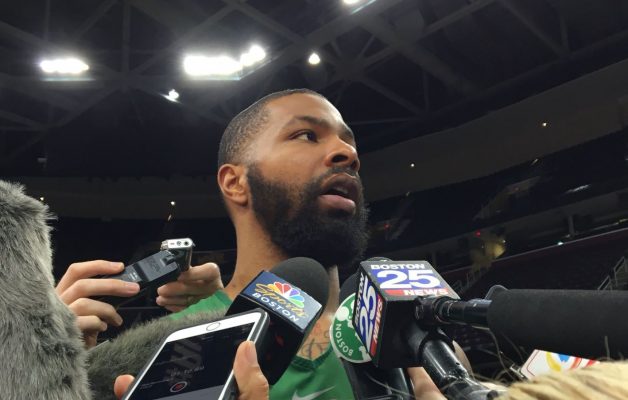 The Cleveland Cavaliers had little trouble with the Boston Celtics in Game 3 of the Eastern Conference finals, coasting to an easy 116-86 victory. While the win was a team effort that saw six Cavaliers players score in double figures and the squad as a whole play solid defense, Celtics forward Marcus Morris delivered some blunt postgame self-criticism directed at his efforts of guarding the Cavs’ LeBron James.

Marcus Morris: “I did a s—t job defensively against Lebron.” pic.twitter.com/AJxBqz4AF8

James finished the night with 27 points, 12 assists and five rebounds during the contest; receiving that help from teammates didn’t require another 42-point effort, as in Game 2. In Saturday night’s rout, James was one of five players to connect for three or more 3-pointers as the team finished with 17 shots beyond the arc for the night.

Morris has been one of the more vocal members of the Celtics during the first three games of this series, something that’s been part of his personality since entering the league. That’s led to countless technical fouls being assessed against him, something that happened again in Game 3. This particular technical took place during the third quarter, after he received the last of three fouls in a span of just 32 seconds.

The victory by the Cavaliers gave them their first win of the series and offers them the opportunity on Monday night to even the best-of-seven matchup at two games apiece. Tipoff for that game at Quicken Loans Arena will be just after 8:30 p.m. ET.