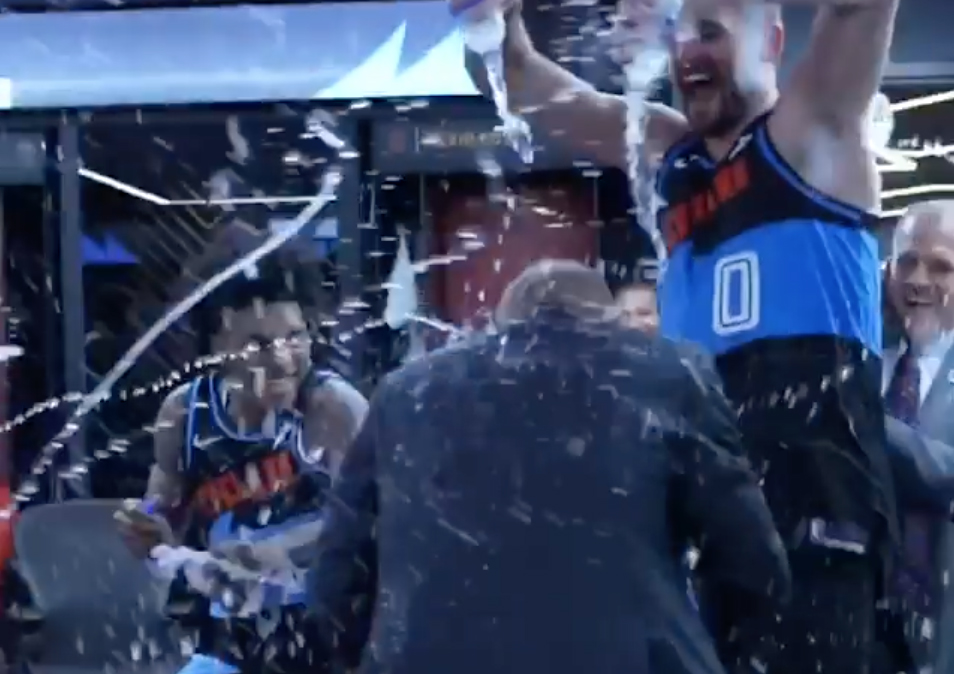 John Beilein is no longer winless as an NBA head coach, and his players congratulated him by showering him with love and good vibes after his first official win in the league.

The Cleveland Cavaliers not only earned their first win of the season on Saturday, but they did so against a team that many feel will be one of the better squads in the Eastern Conference.

Collin Sexton and Darius Garland were somewhat underwhelming, as they combined for just 30 points on 11-of-26 shooting, but the veterans led the way as the Cavs defeated the Indiana Pacers, 110-99.

Tristan Thompson put up 25 points, 13 rebounds and three blocked shots, while Kevin Love flirted with a triple-double by ringing up 21 points, 13 boards and nine assists.

Jordan Clarkson led the bench with a very efficient 15 points in only 18 minutes of play.

As a coach, Beilein is used to winning. During his long career in the NCAA, he became one of a handful of coaches to take four different schools to the NCAA Tournament, including two appearances in the national championship game.

However, he’ll have his hands full leading a team that will be counting on young prospects like Sexton and Garland to grow up fast in order to make the playoffs for the first time in the second post-LeBron James era.