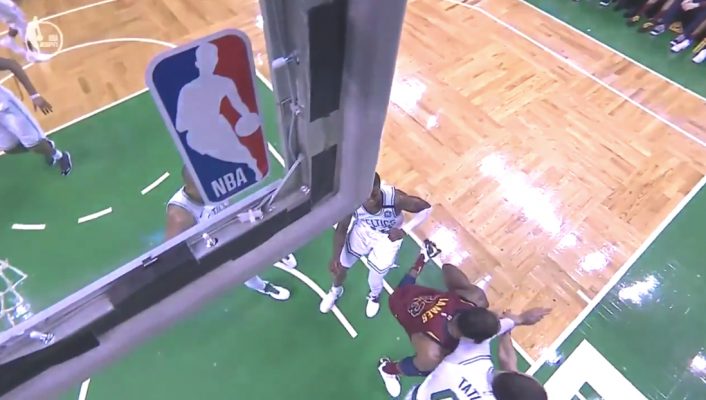 After putting up monster numbers during the first quarter, Cleveland Cavaliers forward LeBron James‘ second quarter briefly came to an abrupt halt after he was struck in the mouth with 3:48 left before halftime. After splitting his two free throws, James was removed from the contest and headed to the Cavaliers’ locker room with the team’s training staff to check for a possible concussion, though that diagnosis was later adjusted.

Official diagnosis on LeBron's injury: neck strain. He will return.

James was in the midst of driving to the basket when he sustained the elbow hit from Jayson Tatum, who was assessed his third foul of the half.

Uh oh. LeBron to the locker room after taking a hard shoulder to the face pic.twitter.com/u0D3bV7RO0

Finishing the half with 25 points, James scored 21 of those during a prolific opening quarter. The Cavaliers led by four after that first period and were able to extend that lead to seven at 55-48 by the time intermission arrived.