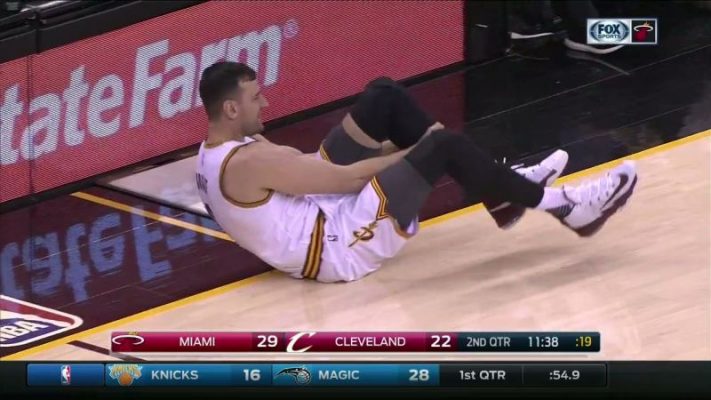 Newly acquired center Andrew Bogut lasted just one minute in his debut with the Cleveland Cavaliers before picking up two quick fouls and going down with an apparent leg injury.

Two minutes into his debut with the Cavs, Andrew Bogut suffered a left leg injury.

He needed to be aided off the court. pic.twitter.com/8r7NDsCVEP

According to Joe Gabriele of Cavs.com, the first X-rays revealed a fractured left tibia as the center is headed to the hospital for further evaluation.

This likely ends the season for Bogut as it typically takes about 12-16 weeks to recover from a fractured tibia. The center had picked up two quick fouls in his debut and finished with zero points.

We’ll keep you posted with the center’s status here at CavaliersNation.com.