Video: LeBron James Sends Shout-Out to Teammates Who Were Traded 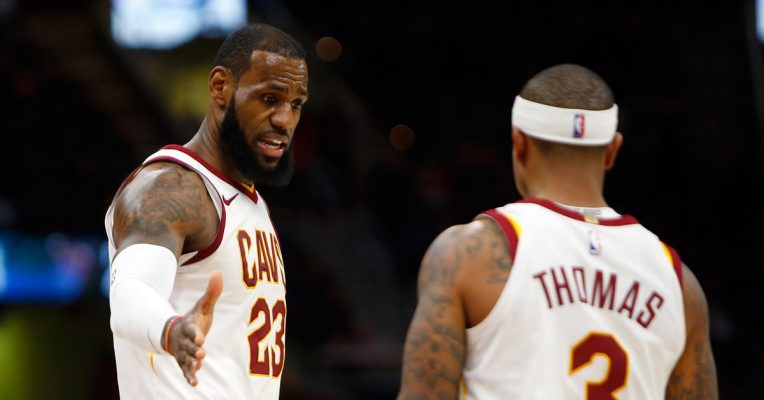 The rapid pace with which the Cleveland Cavaliers traded away six members of the team on Thursday left little time for teammates to say farewell, especially in the middle of the season. During Friday’s shootaround in Atlanta, Cavs forward LeBron James took time to acknowledge his ex-teammates.

"Huge shout-out to my former teammates."

LeBron reflects on the guys who were dealt by the @cavs before yesterday's NBA trade deadline. #AllForOne pic.twitter.com/GnDLtNdnRu

Of the six traded players, James was closest to his former Miami Heat teammate Dwyane Wade. Despite Wade’s departure, James was happy that his friend got to return to the team with which he spent his first 13 seasons.

Two other former teammates of James, Iman Shumpert and Channing Frye, were part of the Cavaliers’ 2016 NBA title squad. The remaining three players, Isaiah Thomas, Jae Crowder and Derrick Rose, only joined the Cavaliers this season, with Thomas and Rose both struggling to return from injuries during much of the campaign.

The four players the Cavaliers acquired are expected to be in Atlanta tonight, though they apparently won’t be playing.