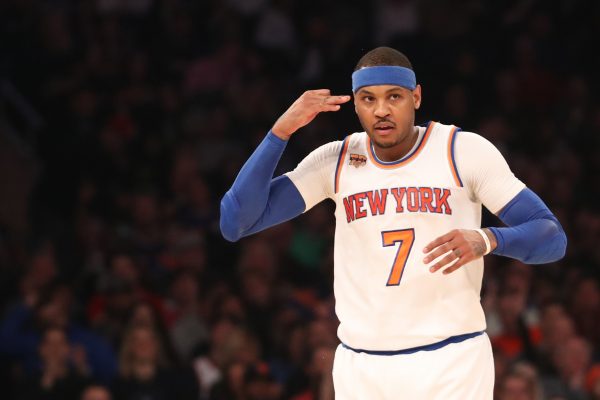 The Cleveland Cavaliers and Houston Rockets continue to see what they can do to make current New York Knicks star Carmelo Anthony a part of their respective teams for the upcoming season. While Anthony has reportedly voiced his interest in going to the Cavaliers over the Rockets, it appears the 10-time All-Star is now confident he will end up in Houston.

According to ESPN’s Ian Begley, Anthony is now seeing the writing on the wall:

“Carmelo feels pretty confident that a deal will get done at this point to Houston, but the teams to date are nowhere near the finish line,” Begley said on SportsCenter. “It’s so tough for the Knicks and Rockets to get a deal together one-to-one.”

Begley then went into the specifics of how a deal will most likely get done between the two clubs:

While Melo to the Rockets might seem like a done deal, there is nothing currently getting in the way of the Cavaliers making a deal the Knicks deem worthy of their star athlete. The Rockets seem to be edging out the Cavs right now, but that could change at any moment.