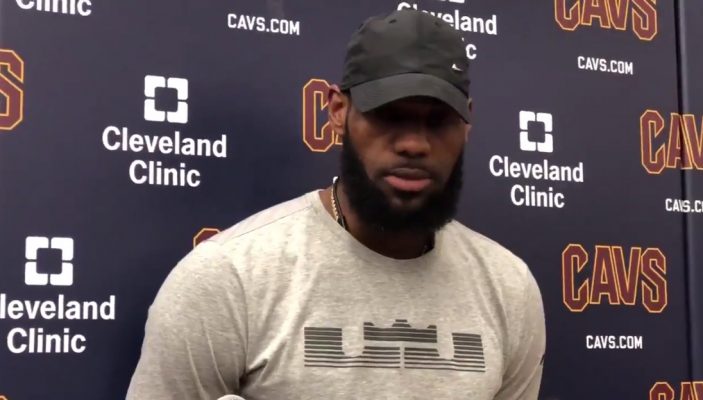 In the immediate aftermath of Monday night’s series-clinching victory over the Toronto Raptors, Cleveland Cavaliers forward LeBron James spoke enthusiastically about the prospect of getting two days off before preparing for the next series. However, James said after Friday’s practice that his ability to relax during such down time is often compromised by family obligations and his devotion to basketball.

LeBron said he has a hard time relaxing with three kids and other NBA games on. #Cavs pic.twitter.com/1qeMy5fdSS

James has been in the NBA for 15 seasons and could potentially reach the NBA Finals for the eighth consecutive year if the Cavaliers are able to get past the Boston Celtics in the Eastern Conference Finals. That time commitment has offered little time during the season to enjoy a respite, though he indicated that this brief break was welcome and provided some rest.

The Cavaliers are hoping that being able to recharge will benefit them as they begin the conference finals on Sunday afternoon at TD Garden in Boston. They’re also hoping that the same result occurs as last season, when the Celtics also had home-court advantage but lost to the Cavaliers in five games. Tipoff for Sunday’s clash will be shortly after 3:30 p.m.