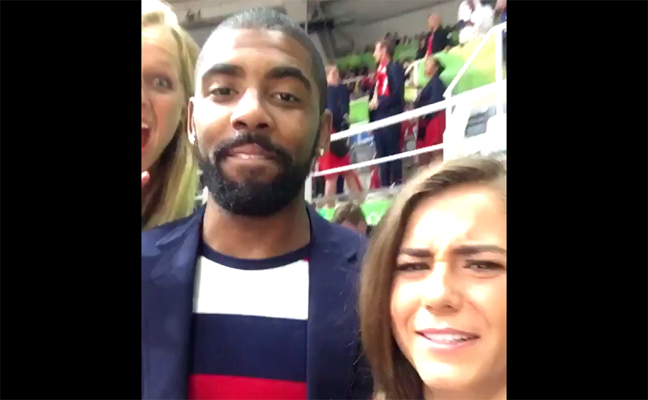 The United States men’s national basketball team is being dubbed as a team full of Snapchat connoisseurs, and it looks like Snapchat video bombs are being included in the players’ repertoires as well.