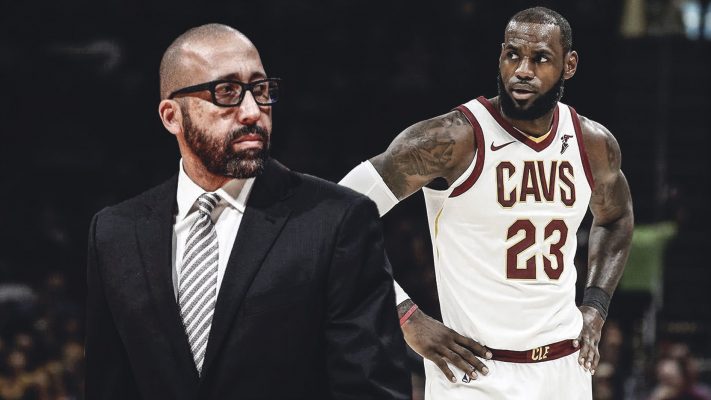 Prior to the New York Knicks hiring David Fizdale on May 3, the team reportedly placed a call to Rich Paul, the agent of Cleveland Cavaliers forward LeBron James. During the four years that James played with the Miami Heat from 2010-14, Fizdale was a Heat assistant coach and the two got along well.

Marc Berman of the New York Post reported the news about the phone call to Paul, which he speculated was to essentially get James’ assessment without contacting him directly, a move that would constitute tampering. Paul discussed Fizdale’s coaching style and compared his journey in both Miami and Memphis.

James had been asked by the Cleveland Plain Dealer about the hiring of Fizdale:

“I think he’s a good coach, a good communicator,” James said. “He’s never going to shy away from whatever he feels is right.”

Noting their close connection, James then expressed his enthusiasm about the hiring:

“I’m happy for Fiz, obviously. He gets an opportunity to showcase what he’s about. So, we’ll see what happens. Obviously, I don’t speak for the Knicks at all, but I’m happy for Fiz.”

Fizdale was let go by the Grizzlies last Nov. 27, just 19 games into the season after compiling a 7-12 record. In his first campaign in 2016-17, Fizdale led the team to a 43-39 record and a berth in the playoffs. However, the Grizzlies lost in the first round in six games to the San Antonio Spurs.

After being hired, Fizdale spoke directly with Steve Serby of The Post about how he and James were able to mesh:

“Respect through telling the truth to each other, being honest, telling each other what we don’t want to hear,” Fizdale said. “Being there for each other when we hit low moments.”

There has been some speculation that the hiring of Fizdale was done in order to improve the Knicks’ chances of luring James to play for them next season. James is expected to be a free agent in July, though their current status as an also-ran likely limits their chance of signing James to play in one of his favorite arenas: Madison Square Garden.