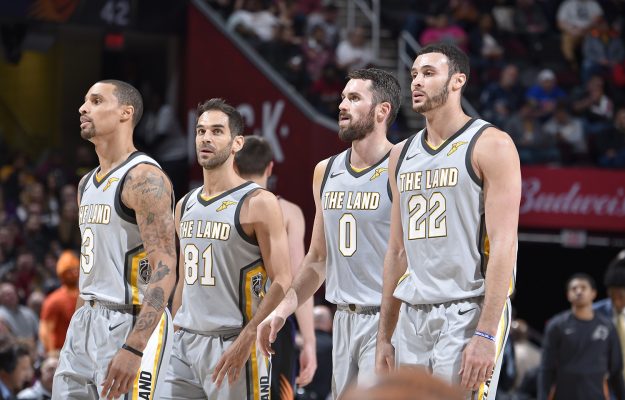 The Cleveland Cavaliers have dealt with a bevy of injuries to valuable members of their roster throughout the 2017-18 campaign. Finally, with just two games left on the regular season schedule, the Cavs’ roster is getting very close to full strength.

According to a recent report, both Jose Calderon and George Hill participated in Sunday’s practice prior to Monday’s matchup against the New York Knicks.

While both players remain questionable for Monday’s game, it is a very good sign that both will be ready to go for Cleveland’s first-round playoff series, if not before.

Hill and Calderon practiced today. Hood is out here too but it’s not clear how active he is/was

With the injuries to both Hill and Calderon, the Cavs have been particularly thin at the point guard position for the last few games. Hill has been out for the last four games due to an ankle injury, and Calderon has missed the last two games with a hamstring injury.

It’s never good to have any players on the injury report, but after dealing with injuries to multiple impactful players just weeks ago, the Cavs are in a better position than they have been in quite some time when it comes to health.

Hopefully both Hill and Calderon will be able to return to form once they take the court and help the Cavs in their pursuit of a fourth straight trip to the NBA Finals.