Player Who Once Mocked LeBron James Now Trying to Recruit Him 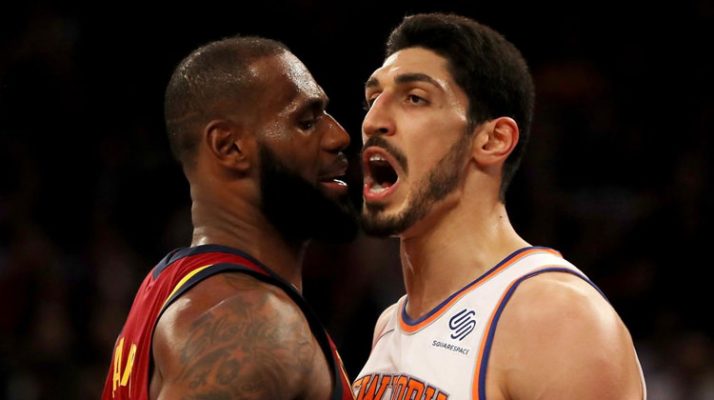 News of the New York Knicks seeking to pursue LeBron James in the offseason went viral after the New York Post reported the team’s interest in the Cleveland Cavaliers superstar. The Knicks recently hired David Fizdale, one of James’ former assistant coaches on the Miami Heat.

The hiring was purportedly in preparation for a run at the four-time MVP, who is expected to opt out of his current Cavs deal this July.

However, it appears that someone has already started the recruitment process earlier than the organization would have liked. Enes Kanter went on social media and tweeted a personal appeal to James, urging him to sign with the Knicks in the offseason. Needless to say, the post was a shock to everyone and it went viral soon after.

Kanter was referencing James’ Instagram post in November, in which James called himself the “King of New York” after a game between their respective teams.

It’s an unusual plea from the 6-foot-11 big man, who has been trolling James since the early part of the season. The two have also had altercations on the court during their Cavs-Knicks matchups. It seems everything was just for show after all, at least on the part of Kanter.

Unfortunately for the big man, he would have to opt out of his own Knicks contract for the Knicks to get under the cap to be able to sign James.

The irony is that Enes Kanter would have to opt out for the Knicks to sign LeBron James.